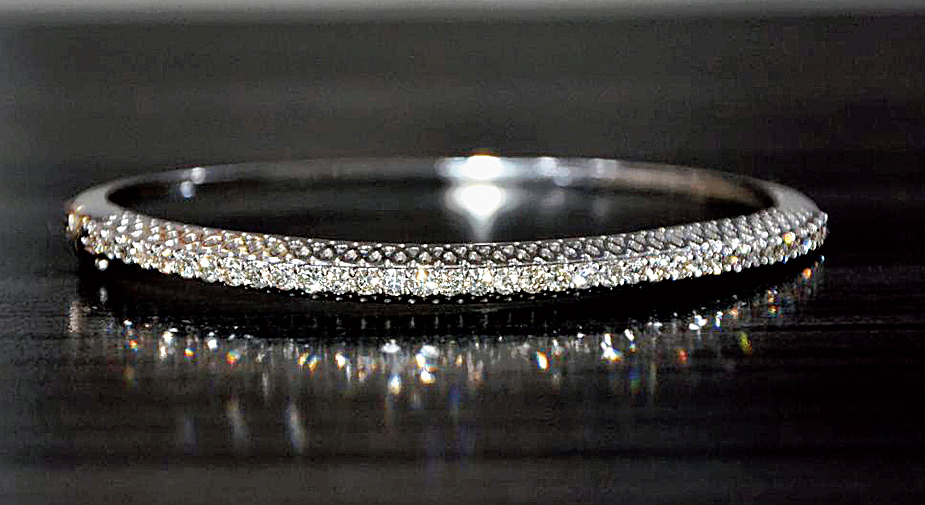 Many cities have passed the lost-wallet experiment — the honesty test that mass media conducts in the silly season by dropping objects of desire in public places and waiting to count how many will pocket them.

Calcutta appears to have passed a lost-diamond test, not conducted deliberately but through misfortune that turned out to be short-lived.

Calcutta police, ably assisted by CCTV cameras and painstaking detective work, recovered a white gold bracelet encrusted with 35 diamonds that a shopper lost at a mall.

The bracelet was traced through a second change of hands with the help of CCTV footage and shop bills that connected them to the back-to-back finders’ mobile numbers.

Neither finder intended to be keeper, officers said, with the first of them relinquishing the ornament out of moral scruples and the second taking it into safekeeping after notifying mall security.

The bracelet had accidentally slipped off the wrist of owner Shraddha Jaiswal, a resident of Nirmal Chandra Street who is in her early 30s, while she was shopping at Mani Square off EM Bypass on January 12.

After the matter was reported to the police and a case started the next day, officers began scanning the security cameras inside and outside the mall.

“It was a very difficult case, given the number of CCTV cameras that had to be scoured over a period of three days till the bracelet was recovered,” an officer said on Thursday.

First, the police identified from the footage where exactly the complainant was when she lost the bracelet. Then all the cameras near the spot were scanned in the hope that one of them may have spotted the “theft”.

“We found a woman picking the bracelet up from the floor. She was with an elderly woman. She then walked away from the spot,” an officer said.

“After sometime, she entered the Spencer’s store. The cameras near the payment counter at Spencer’s were scanned to ascertain the time when she made her purchase. The bill revealed her mobile number. She turned out to be a senior railway official with her office at Dalhousie.”

But when the cops called her, they were in for a disappointment. She told them that a few minutes after she had picked the bracelet up, her mother who was accompanying her asked her to jettison it on moral grounds. She did, dropping it on the floor near an elevator, she told the police.

A fresh round of CCTV scanning followed, this time focusing on the cameras near the elevator.

“We saw a man pick the bracelet up and pocket it. Tracking him through multiple cameras, we found him entering the Westside store. Again, from the time of the purchase, which he had made with his card, we zeroed in on the bill and found his mobile number,” an officer said.

The man turned out to be a senior bank executive. Contacted over the phone, he arrived at the police station and readily handed the bracelet over, saying he had been waiting for the owner to contact him.

“He said he had approached a security guard and asked what he should do with the bracelet, but the guard apparently failed to guide him. So he chose to keep it with himself for the time being,” said Ajoy Prasad, deputy commissioner (eastern suburban division). “The moment he was contacted from the police station, he handed it over to us.”

Although Phoolbagan police station had started a theft case, no one was arrested because, technically, picking up an abandoned object does not amount to stealing, the police said.