Bus set on fire by irate mob near Siliguri

Run over of a person triggers violence 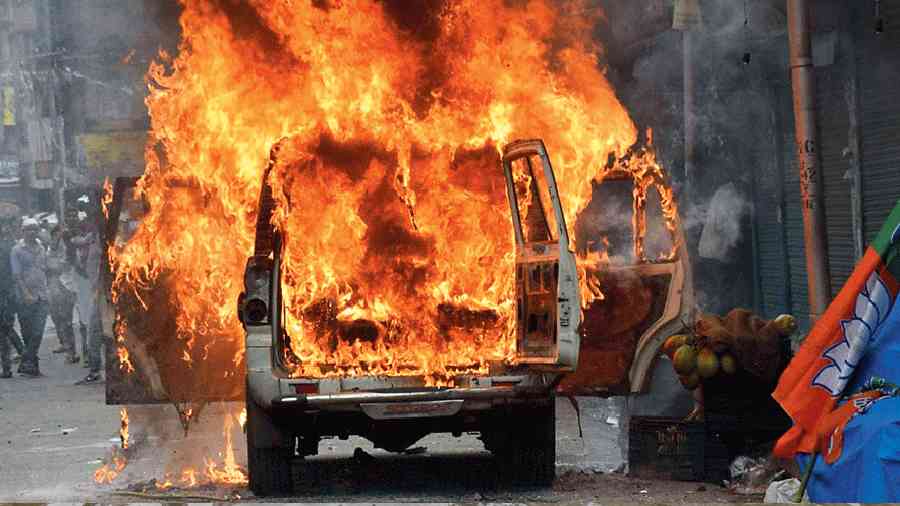 A long-distance bus from the Sikkim transport department, was set on fire on National Highway-31 near north Bengal’s Siliguri after it ran over a local resident on Sunday.

Police informed the incident took place around 3pm near the Bengal Safari Park on the city's outskirts, according to media reports.

The deceased Sachin Chhetri, was returning from Salugara to Sevoke on his two-wheeler when the bus from the opposite direction ran him over while trying to overtake another bus.

Chhetri's death on the spot infuriated the mob which attacked the bus and put a spanner in the works of fire fighters.

The bus driver was arrested.

As per Sikkim government officials bus service on the route has been suspended for 48 hours.

Traffic on the highway was also disrupted for around two hours.