As assembly polls draw near, the party plans to focus at the micro level to retain support they earned in the region during 2019 Lok Sabha elections 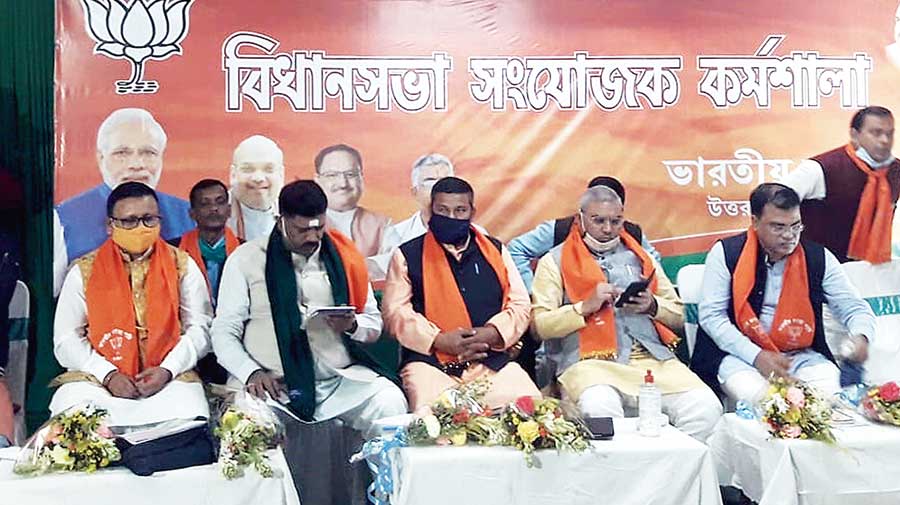 A number of state and central BJP leaders congregated here on Wednesday to address party leaders and workers who have been entrusted with the responsibility of “booth management” in north Bengal.

As the Assembly polls are drawing near, the saffron brigade has planned to focus at the micro level — the booths — to retain the support that the party had earned in the region in Lok Sabha elections in 2019.

“It was an organisational workshop to discuss booth management. A number of senior leaders assigned by the party were present at the event. They elaborated on certain issues which can help our workers to strengthen the support base at the booth level,” said Raju Bista, the local MP and a national spokesperson of the party.

According to party sources, Shiv Prakash, national joint general secretary (organisation), Ratnakar Mishra, who has been made an in-charge of north Bengal, Arvind Menon, a co-observer of the party in Bengal, along with a number of state leaders and two party MPs of the region attended meeting.

“Our party leaders have laid emphasis on the need to constitute a team of 10 youths for each booth in north Bengal. Also, specific instructions have been passed to ensure that party committees are formed at every booth in the region. Not a single booth should be left out,” said a party insider.

In the Lok Sabha polls last year, BJP had won in seven of eight seats and was ahead in 38 of 54 Assembly segments. Trinamul on the other hand, was ahead in 12 segments.

Trinamul leaders, however, were not ready to give much importance to such moves of the BJP and pointed that they had support of both the factions of Gorkha Janmukti Morcha in the hills and in plains and prominent organisations of tribals and Rajbanshis are with them.