Blast bares flout of all rules at plastic crusher units 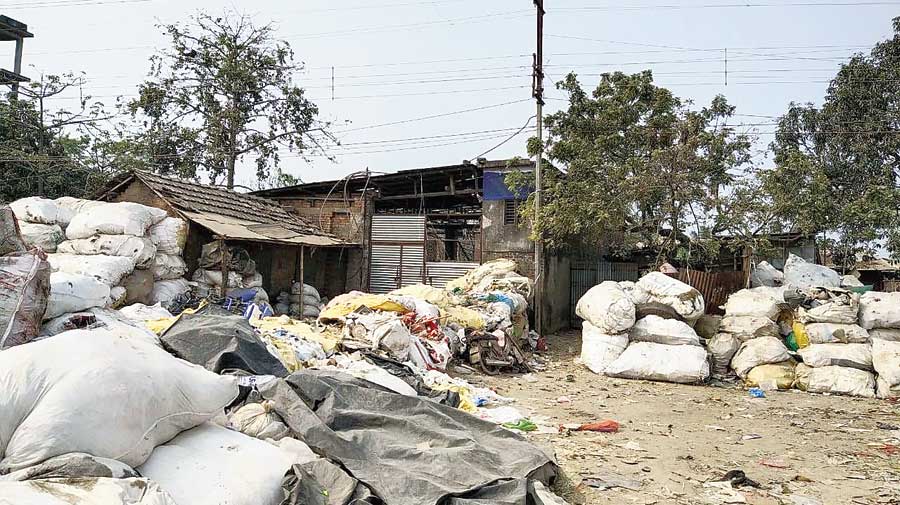 The blast at the plastic-crusher plant in Sujapur near here on Thursday brought under the scanner around 100 such units that mushroomed in the area fluting all safety and labour norms.

Six persons had died when a machine had exploded at a plastic crushing unit on Thursday.

A visit to some of the units, where plastic scrap is crushed for reuse, revealed that they lacked basic safety measures and employed children who work in difficult conditions.

Although these units deal with combustible materials, barely 10 per cent of them have fire extinguishing mechanisms and abundant water supply.

“Pollution control measures, proper safety and wages and insurance cover are distant dreams for the labourers,” a social worker said off record. “Still, such plants have an abundant labour supply.”

Mofizul Sheikh, a Trinamul leader and the president of the Plastic Prakiyakaran Byabsayee Samiti (an association of the owners of plastic crusher units in the Malda district), said: “Sujapur alone has 100 plastic processing units. Around 30 of them have crushers (like the one that exploded on Thursday) on their premises. On an average, 30 to 100 workers serve at each unit on contract, depending on the scale of operations.”

Sheikh as well as Hazi Ketabuddin, who is the president of the association and a member of the Trinamul-run Malda zilla parishad, admitted that only a handful of the units adhered to safety norms and measures.

Some local people this correspondent spoke to said the units had come up as the returns were high. “Most of these units just obtain a trade licence from panchayats and start operations. Legislations like factory act and labour laws are not followed,” said a teacher at a local school.

The residents of Sujapur said they feared more such accidents as some plastic-crushing units operated out of small enclosed spaces.

“They don’t even have space to store the plastic scrap. Those are dumped just beside the national highway (NH12) for days and weeks,” said a resident.

The Sujapur panchayat said it would check the plants before issuing trade licences. “The terrible accident has taught us a lesson. From now on, we will visit such units to confirm that all regulations have been met,” said Arif Ali, head of the Trinamul-run panchayat.

The panchayat, however, can do little to monitor these units, many of which are owned by local Trinamul leaders.

The teacher said there should be regular inspection of the plants and the state labour department should find out whether the workers were provided with adequate wages and proper working conditions and social security.

Rajarshi Mitra, the district magistrate, said a minimum wages inspector had been asked to inspect the units and furnish a report within 15 days.

The proprietors’ association, sources said, has also decided to hold a meeting soon and ask all the units to bring the workers under group insurance cover.

Another schoolteacher said one or more person from every third poor family at Gayeshbari in Sujapur worked in the plants.

“People here are so poor that they do not dare to lose the job by raising any demand. In fact, many workers do not even know about their rights. That is why the administration and local bodies should try and regularise the units, instead of taking any harsh steps like closing those down,” the teacher said.

Officials of a number of state agencies like police, special task force (STF) and the intelligence branch (IB) visited the site of the explosion at Sujapur on Friday as part of their investigation.

A team of STF officers inspected the spot around 2.30pm and found a piece weighing around 25kg and believed to be of the exploded crusher about 100m from the unit.

After an hour, a team of the intelligence branch shot the video of the entire area, including splinters which were strewn all around.

The investigating agencies declined comments. “In the initial probe, they have ruled out electrical short circuit triggering the blast,” said a source.