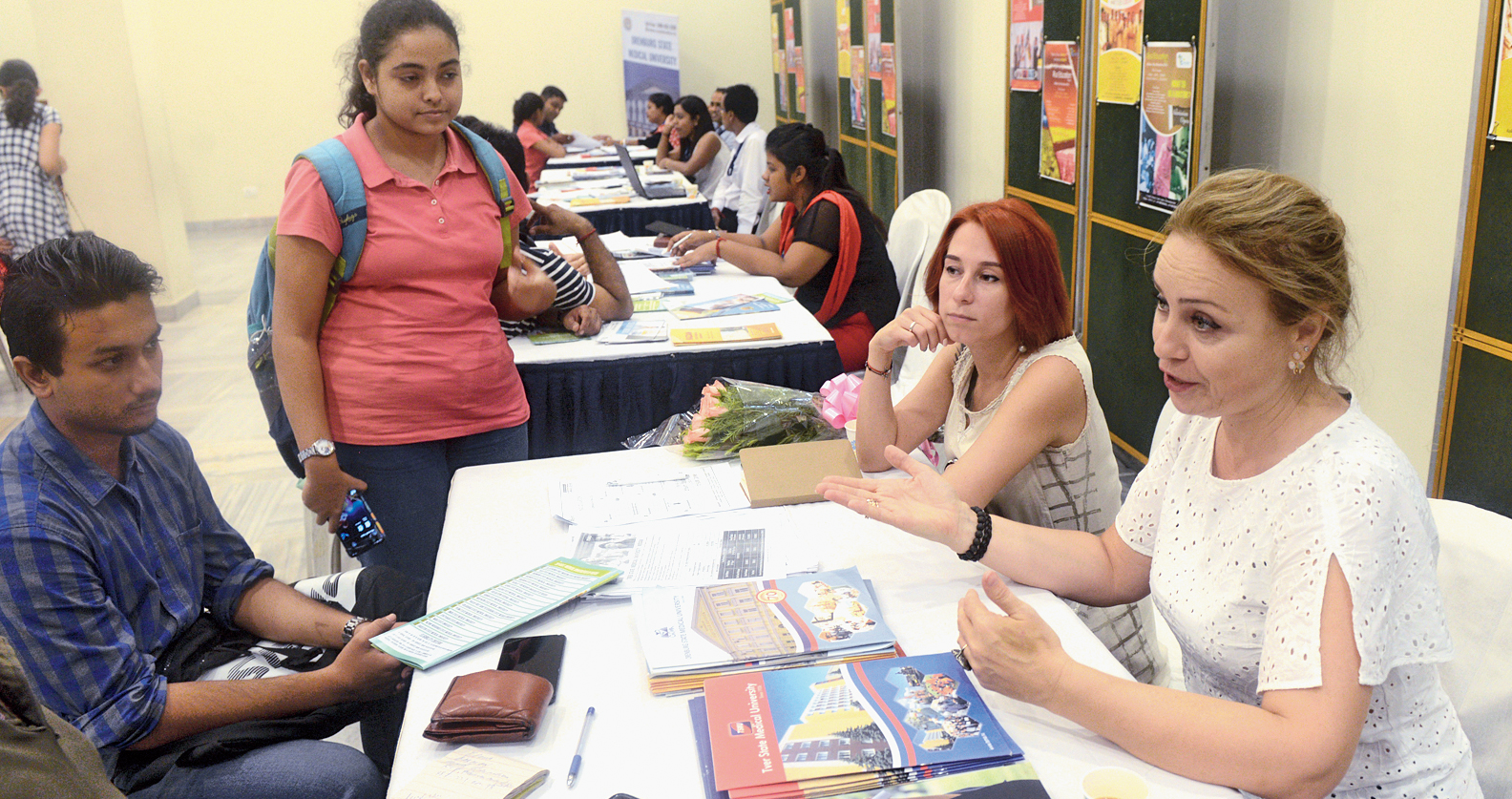 Students from Bengal have been heading to Russia in increasing numbers to pursue undergraduate medical courses as it is affordable to study at government medical universities, organisers of a Russian education fair said on Sunday.

The Rus Education, in association with Russian Centre of Science and Culture, culture department of Embassy of the Russian Federation in India, held the fair at Gorky Sadan near Minto Park in the afternoon.

Elena Barman, the head of the education department in the embassy’s culture department, interacted with NEET qualifiers to tell them why they should choose a Russian medical university to study MBBS.

“We have been getting 80 to 85 students on average every year for the past couple of years for MBBS courses in the Russian medical universities that are funded by the government,” Barman who came from Delhi said. “Prior to that the average count was 50. The prospect of studying at an affordable cost with the best of infrastructure has triggered the rise in interest.”

This year, the embassy expects more than 100 students from Bengal to take admission to the medical universities in Russia, one of the organisers said.

A Russian medical college charges for the entire course is what a university in the US or the UK charges a foreign student every year, she said.

Several students who at the fair said affordability was the “main factor”.

“Given my rank in NEET, it would cost me Rs 60 lakh to pursue MBBS in a private medical university in India. The cost in the US or the UK is equally phenomenal, if not more,” Sarani Batabyal, who came from Hooghly district, said. “So, I will opt for either Perm State Medical University or Mari State University where the cost would be around Rs 23 lakh for a course spanning more than five years.”

A student pursuing MBBS in Russia is required to clear Foreign Medical Graduation Examination to be able to practise as a physician in India.

The exam used to be conducted by the Medical Council of India (MCI). Now, the National Medical Commission Bill has proposed a different agency for the examination. “The name of the exam could be changed,” an official associated with organising the fair said.

“My university has the state-of-the-art infrastructure for studying anatomy,” Soumyajyoti Mukherjee, a student from Calcutta who is in his second year at Orenburg State Medical University, said. “The university organises events like Durga Puja, Diwali so that students feel at home.”

These students are currently in Calcutta on a two-month vacation.