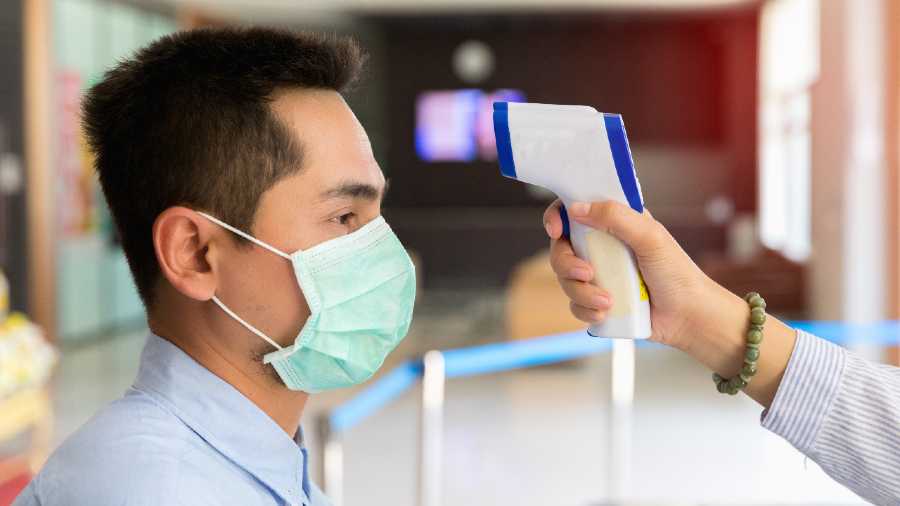 The positive confirmation rate — the percentage of samples testing positive for the novel coronavirus — improved slightly over these three days, to 26.43 per cent on Monday (27.73 on Sunday, 29.52 on Saturday, and 31.14 on Friday). But it still means more than one out of every four tests in the state is returning positive, much higher than the 5 per cent ceiling deemed tolerable in a pandemic.

At the peak of the devastating second wave last year, the rate had climbed to 33 per cent. On December 28 — the last day of relatively normal numbers before the latest spell of surge in Bengal — the statewide total was 752, including 382 from Calcutta, and the total active caseload was 7,457.

In the 20 days since, the state has logged around 2.75 lakh new infections, including 96,427 from Calcutta.

The recovery rate, for the first time in these 20 days, rose. It reached 90.63 per cent on Monday from 90.49 on Sunday. Prior to this, it had dropped by nearly eight percentage points after December 28. The national rate is 94.27 now.