Instead of force, focus on Covid safety self-awareness, suggest experts 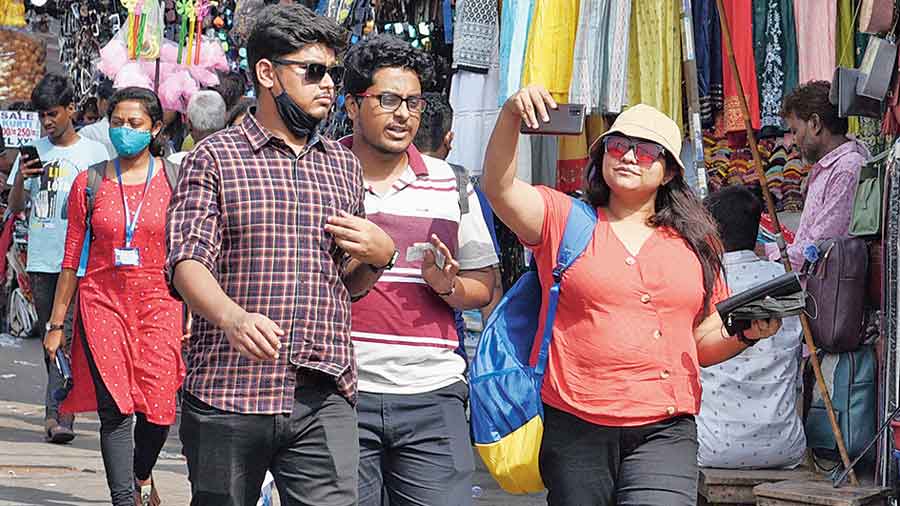 People should understand it is their duty to mask up in public gatherings for their own safety: Cops
The Telegraph
Snehamoy Chakraborty   |   Calcutta   |   Published 11.07.22, 02:06 AM

Police across Bengal will step up patrolling in a day or two to “request” people to mask up amid the uptick in Covid-19 cases in the state.

Sources said the decision was taken following suggestions from several public health experts to focus on increasing people’s awareness rather than being harsh in implementing safety protocols.

“Police will only request people to put on masks. Many experts from public health had suggested that using force is not the way to implement protocol as people have to understand on their own the need for face covers. Our effort is to make people habituated to masks,” said a senior state government official.

“The government does not want to send the message of taking harsh action against violators, as then people assume they are committing a crime. Rather, people should understand it is their duty to mask up in public for their own safety,” they added.

The state government issued an order last week to officials in the districts to resume implementing safety protocols, including masking and sanitisation.

Sources said that despite the order, most people did not wear masks in markets, local trains or bus terminuses.

“It has already been two-and-a-half years that we have been battling the pandemic. In the first and second waves, the government had taken multiple steps including arrests under pandemic laws. But masking up in public places is a matter of self-awareness and people need to understand it now. It can’t be brought about by arrests or fines,” said a senior public health expert who is a part of the state government’s team to monitor Covid.

“Police will alert people to put on masks through public announcement systems in crowded places.... We will start the drive in two or three days,” said Nagendra Nath Tripathi, the Birbhum SP.

Health officials said that despite the increasing number of Covid cases, the rate of hospitalisation was minimal. “This surge in infections is not fatal like the first or second wave, and so the government has no plan to go for any lockdown-like measures. But people must put on their masks,” said a health official.