Cops take away idols and an investigation has begun 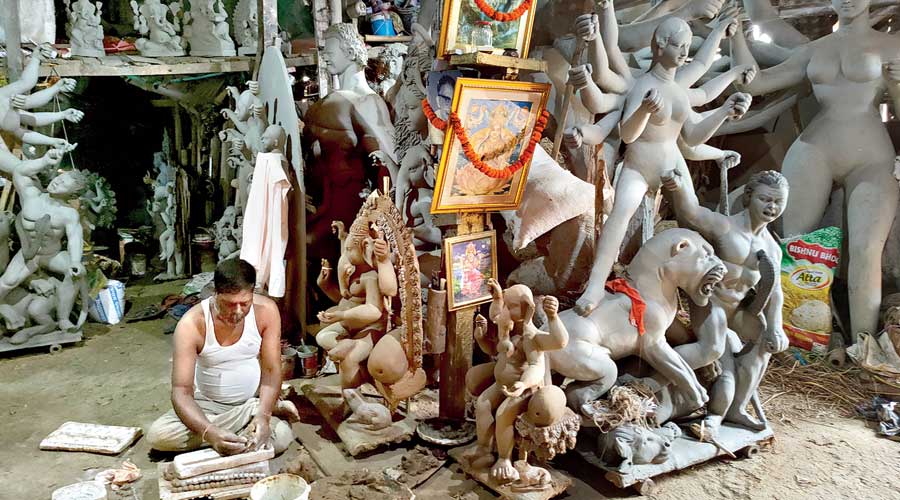 Idols of Hindu gods being prepared for an upcoming festival were found vandalised in West Bengal's North 24 Parganas district on Wednesday morning, triggering tension in the area, police said.

The idols were being prepared for 'Rash Utsav' in Sarapool in the Swarupnagar police station area, they said.

After locals informed the police, the vandalised idols were taken away and an investigation was started, they added.

No arrests have been made yet in connection with the incident, police said.

"We got information that some idols of Hindu gods were vandalised by unknown miscreants. Our officers are in the area at the moment, probing the matter," SP of Basirhat police district Joby Thomas told PTI.

"If anybody is found guilty, we will take legal action," he added.

Tension prevailed in the area as locals protested the vandalism, a North 24 Parganas district official said.

"The situation is under control at the moment and there is no problem," Thomas said.

Swarupnagar is near India's border with Bangladesh, which saw a series of attacks on Durga Puja pandals in October.