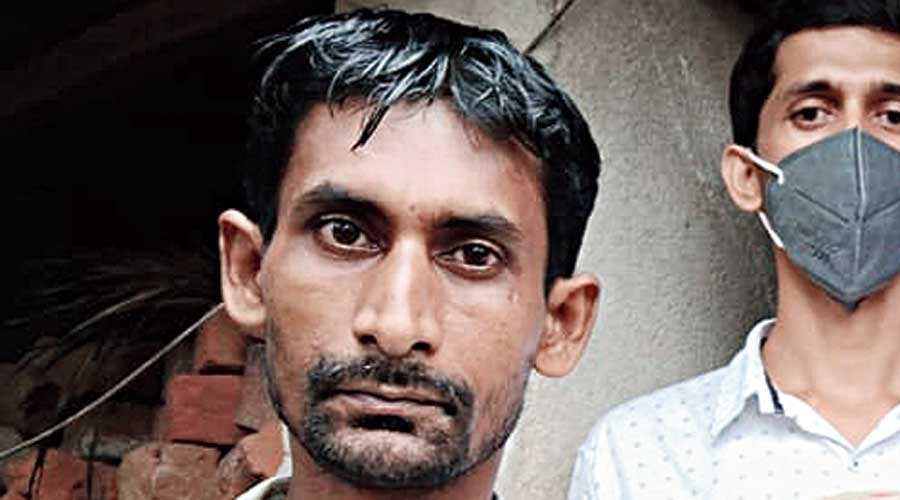 A team of Bengal government officials visited Radhanagar village in Bankura on Friday and confirmed the Indian citizenship of Gangadhar Pramanik, who was kept for over three years in a detention centre in Assam after he was declared a “foreigner”.

“We have checked the land documents and details of his parents and their voter identity cards. Our officials also found his name in the register of the local primary school, where he studied till Class IV. This information makes it clear that he belongs to Bankura. We will now start the process to generate required documents and give him a job under the 100-day programme,” said K. Radhika Aiyar, the Bankura district magistrate.

The team of officials was headed by Anup Kumar Dutta, sub-divisional officer of Bishnupur in Bankura.

Gangadhar, 33, said: “I am really happy after so many officials visited my home and assured me not to worry. It is really a relief that now I will have documents to show that I am not a foreigner.”

As a migrant worker, Gangadhar had moved to Assam in search of work to help his poor family. In December 2017, while working at a roadside eatery, he was declared a foreigner and sent to the detention centre, officially known as transit camp, in Goalpara. 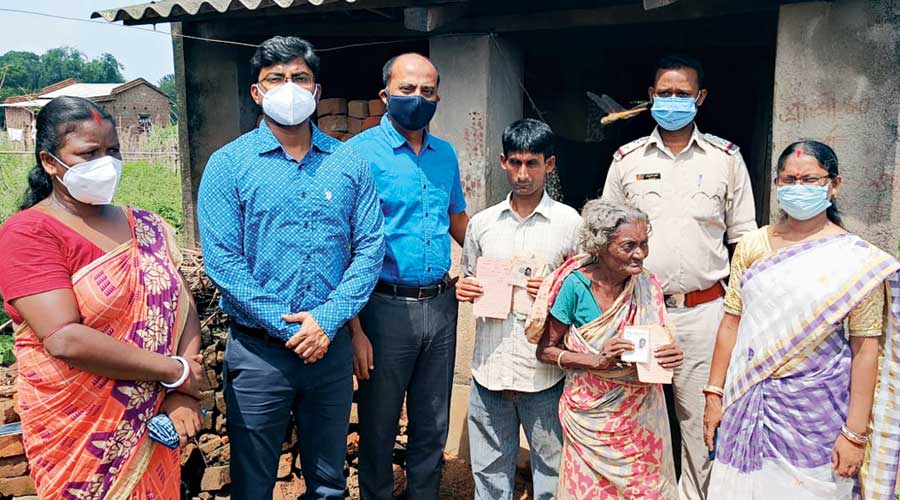 He was there till Tuesday before the Citizens for Peace and Justice (CJP) helped him secure bail.

Nanda Ghosh, the CJP’s Assam chapter in-charge who had accompanied Gangadhar from the northeastern state, said after the visit of the Bengal government officials: “It was really a relief for Gangadhar as well as for us because the state government so quickly responded to help out the innocent person. We really thank the Bengal government for its quick move.”

“All of us at the CJP are truly appreciative and grateful for this prompt, humane and utterly constitutional act of the Bengal government in gifting back life and vigour to Gangadhar Pramanik,” Teesta Setalvad, CJP secretary, said on Friday. “For all the misery and anguish he has suffered, including the loss of his dear father, this is some compensation.”

“Hundreds of thousands of genuine working Indians of different castes and communities are wilting under this burden of a civil death — manipulative denial of citizenship despite all proof.

“We hope that this action becomes a catalyst for this serial harassment to stop. We have managed to get 50 such hapless persons released on provisional bail. Genuine Indian citizens should not have to be at the mercy of vicarious acts of the Assam border police,” Setalvad added.

The officials have provided Rs 5,000 in cash, rice and clothes to the youth as immediate support.

“We will immediately start the process to issue his voter identity card and Aadhaar card. Once the documents are ready, we will give him a job under the 100-day programme,” an official said.

The local gram panchayat has arranged a temporary job for Gangadhar at a local sweetmeat shop, where he will join on Saturday.