According to senior officials, big cats, especially those rescued from circuses, will be brought to the park that already has an enclosure and cages 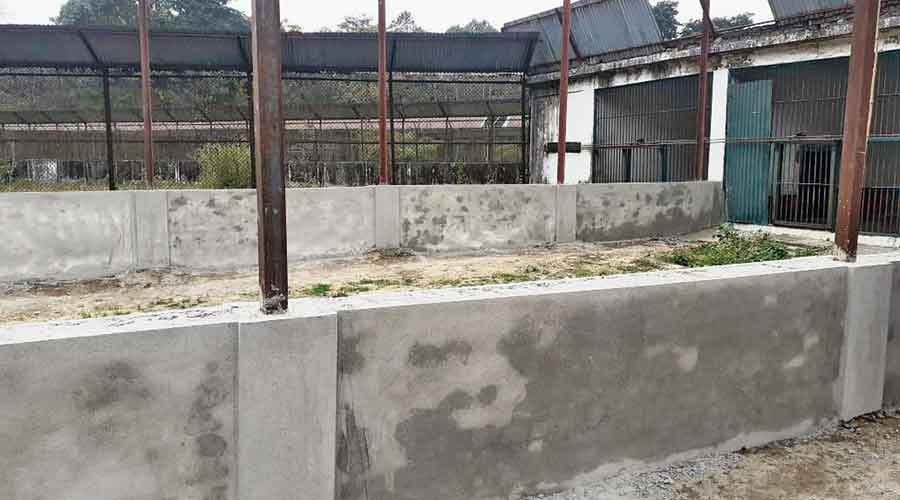 A semi-finished enclosure at the South Khayerbari park in Alipurduar where the mini zoo is coming up
Anirban Choudhury
Our Correspondent   |   Alipurduar   |   Published 23.02.21, 02:28 AM

The state forest department has started to construct a mini zoo at the South Khayerbari Nature Park here.

According to senior forest officials, tigers, especially those rescued from circuses, will be brought to the park that already has an enclosure and cages.

The Asiatic black bear, sloth bear, dhole (a species of Indian wild dog), fishing cat and jungle cat will also be brought to the park. Enclosures will be readied for one-horned rhinos, gaur and deer species, along with an aviary. Forest department sources said that 25 hectares had been marked to develop the largest open enclosure for leopards at the nature park.

“Bengal Safari Park (on Siliguri outskirts) has turned out to be a success. Similarly, we intend to open a mini zoo with open enclosures for animals to draw more tourists. We hope to make the infrastructure ready by next winter (2021-end),” said V.K. Yadav, the state principal chief conservator of forests (wildlife).

A source said that approval had been obtained from the Central Zoo Authority (CZA) for the largest open leopard enclosure as well.

In 2005, a rescue centre was opened at South Khayerbari and 18 royal Bengal tigers rescued from circuses were brought there. A leopard safari was launched as well.

In due course, all tigers died of old age. The leopard safari was stopped as the vehicle developed technical snags.

Tourism stakeholders in the Dooars have welcomed the mini zoo initiative.

“Earlier, South Khayerbari was a popular destination for tourists. These days, there is nothing there to attract tourists. We believe once the mini zoo opens, footfall will increase in the Dooars,” said Biplab Dey, assistant secretary, Dooars Tourism Development Forum.