Sources said the visiting central leader was aware about the feud between Dilip Ghosh and the party's co-minder for Bengal, Amit Malviya 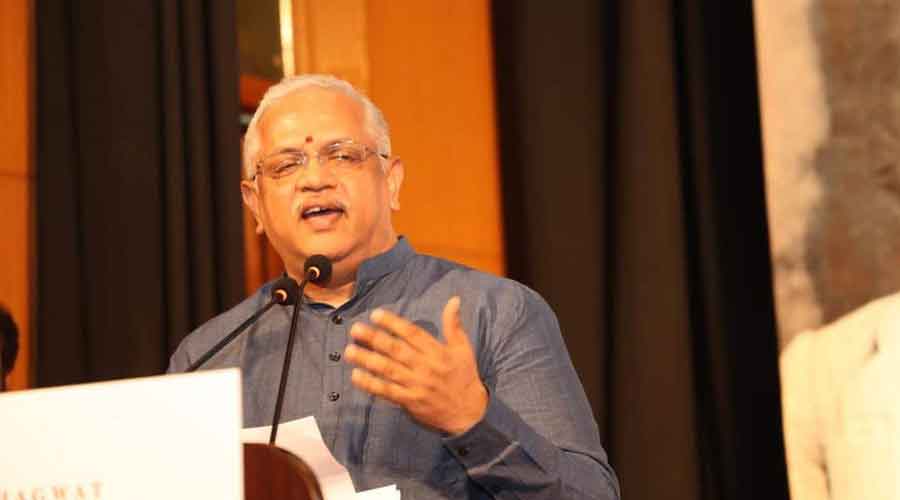 “Coordination at the top and activities at the bottom, this is how the party has to function,” Santhosh reportedly told Bengal leaders at the meeting at National Library.

Sources said that to address the newcomer-versus- old-timer debate gripping the Bengal unit of the party, Santhosh said someone who joined in the 1960s was a new entrant to those who founded the party in 1951. He was referring to the Jana Sangh era, whose members later floated the BJP in 1980.

“Similarly people who joined the party in 2020 are new for those working since 2015,” Santhosh said in a bid to send out a message to the feuding factions of the state BJP unit.

Sources said Santhosh was aware about the feud between former state BJP chief and currently a party national vice-president, Dilip Ghosh, and the party's co-minder for Bengal, Amit Malviya. Recently Ghosh, without naming Malviya, alleged that a letter sent to him by the national leadership was leaked to the media by “someone” in the party.

“A major reason why our organisation is in Bengal in trouble is lack of unity among our leaders. Unless they work together how can workers at the grassroots function in unity? This is why Santhoshji urged our top leaders to work in coordination with each other,” a BJP leader said.

“Naddaji told us to work independently, without any support. We must not look for support from the Centre and work alone,” a source at the meeting at the Science City auditorium said. Nadda also asked public representatives of the BJP to strengthen outreach programmes.