According to reports, more than 200 families have been rendered homeless by the sudden calamity 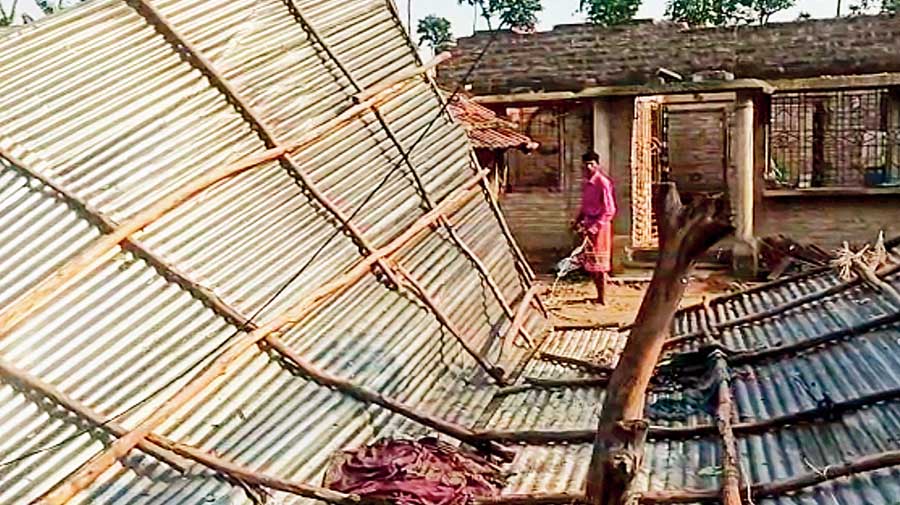 Around 200 houses were damaged as a 20-minute-long cyclonic wind wreaked havoc in several areas of Gaighata block in North 24-Parganas on Monday evening.

Local sources said that a rotating column of wind, quite similar to the tornado-like mass of wind that recently rampaged several areas of Hooghly, North 24-Parganas and Nadia districts, lashed Jaleshwar, Ichhapur, Panchpota, Sutia, Rajapur, Chowgacha and some other adjacent areas under Gaighata block.

The cyclonic wind brought down houses and uprooted several trees.

“Preliminary reports suggest that more than 200 families have been rendered homeless by the sudden calamity. We have begun an assessment of the losses that people suffered so that they can be compensated according to government norms. For now, we have also arranged relief items and shelter for people who lost their homes,” Das said.