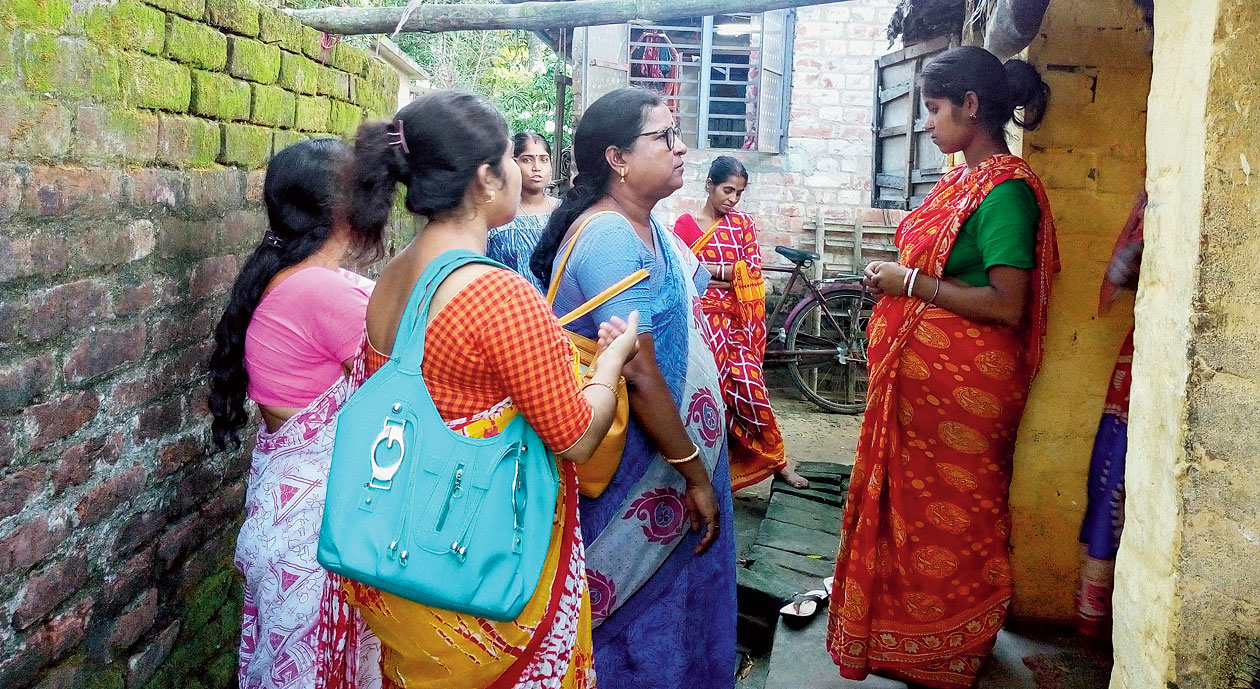 The supervisor of the ICDS centre in Nadia on Sunday apologised to a pregnant woman, Moumita Sandhukhan, who had been made to sit before a sumptuous platter for a photo op before being shooed away from a government event.

Basana Haldar, the supervisor of the Integrated Child Development Services, told Moumita that she couldn’t be served the platter as it was “affected by flies”.

But Moumita later told The Telegraph that she was not convinced by the explanation.

“There was a big mistake on our part. Flies had affected the food. So, it was only used for demonstration. So, all expecting mothers and their children were not given the platters,” Halder told The Telegraph on Sunday.

ICDS workers led by Haldar on Sunday evening visited the house of Moumita, who was made to sit before the platter at the ICDS centre in Santipur on Friday, and apologised to her.

The supervisor also spoke to Moumita’s husband, Biswajit Sandhukhan who had lodged a complaint with the block ICDS officer of Santipur.

“We were not careful to protect the platters from the flies. One of the platters was only used for demonstration. Our mistake was that we did not explain this to the expecting mothers. We were misunderstood. Our intention was not to hurt you. We seek apology,” one of the ICDS workers quoted Haldar as telling Moumita.

Moumita, 25, and her family members, however, remained unconvinced.

“The explanation they offered is ridiculous. They did not acknowledge that only one platter was made for the sake of taking photographs,” Moumita told The Telegraph. “One platter could be affected by flies. But how were other platters affected? Why were the other women and children photographed with the same platter?” asked Moumita who admitted that Haldar had offered the apology .

Biswajit said: “It appears that they are now trying to mislead us with their own interpretation. We can’t accept it.”

However, Haldar said: “All the ICDS workers at the centre are sincere. I have told them to be careful in the future.”

Sources said the ICDS team had visited only Moumita’s home.

Bhaskar Ghosh, project officer of the ICDS in Nadia, said he would visit Moumita’s home on Monday. “I will visit her home to know what exactly happened on Friday. I will also speak to the ICDS workers and the supervisor,” said Ghosh.

Sources said the department of women and child welfare had sought a report on Friday’s incident from the Nadia district administration. “We are now preparing the report,” a district official said.

One of the goals of the ICDS is to spread nutritional awareness among pregnant women in rural areas.

Some 20-odd women had attended the event. They were all given food parcels.