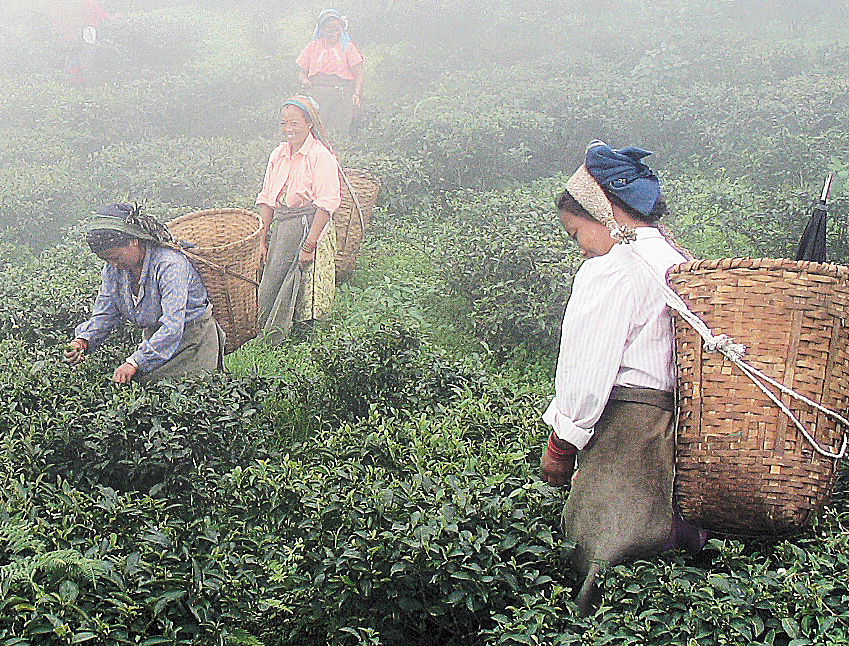 Producers of world famous Darjeeling Tea have said workers’ absenteeism hit as high as 50 per cent in the past one year— a matter of concern for one of the biggest brands in India.

Multiple factors, including 104-day Gorkhaland agitation in 2017, implementation of 100-day employment scheme, higher wages for other jobs and better education, have been attributed to the absenteeism.

The hills have 87 estates which produce Darjeeling Tea.

Sandeep Mukherjee, the principal advisor to the Darjeeling Tea Association, told The Telegraph: “When the 100-day work scheme was implemented in the country, we found that absenteeism of workers was touching the 20-25 per cent mark. This year, gardens registered absenteeism as high as 50 per cent.”

The Darjeeling tea industry has 55,000 permanent workers and 15,000 temporary labourers. Nearly 60 per cent of the labourers are women.

“Many workers did not join duties after the statehood agitation last year as they had left for other places in search of jobs. But the major issue is not the migration. Its the attitude of workers. Recently, a worker turned up late and when I enquired, he said: ‘it’s fine, I will not attend work for the day’. This attitude is worrisome,” the manager said.

However, Mukherjee said: “If we include fringe benefits (like rations and firewood) and statutory obligations like provident fund, the wage component comes to around Rs 325 more per day for a worker.”

The planters admit that since the cash component of the remuneration is less in tea gardens, workers prefer the 100-day job scheme or move to towns where daily earnings are higher.

“Also in a tea garden, labourers have to work under supervision for eight hours. I think work is a bit more relaxed under the 100-day scheme,” said another estate manager.

“With a steady increase in salaries in armed forces and other services over the past decades, many men do not send their wives to pluck tea leaves anymore,” the manager added.

Bharat Thakuri, the general secretary of the Darjeeling Terai Dooars Plantation Labour Union, a wing of the Gorkha Janmukti Morcha, said wages should be increased. “Wages have to be more attractive in the industry. But it is also a fact that the younger generation is more educated and hardly anyone wants to be a tealeaf plucker.”

The manager said almost 20 per cent labourers still remained in gardens but stayed off work.

“To avail themselves of the paid leave of extended holidays like Durga Puja, it is mandatory for workers to be present on both the preceding and succeeding days of the off days. We noticed a jump in attendance by 15-20 per cent during those holidays,” said the manager.

Mechanisation seems to be the only way out to fight the low attendance of workers, but industry leaders believe it is easier said than done given the terrain of the hills.

“Darjeeling Tea is quality based and it needs fine plucking of two-leaves-and-a-bud together in a difficult terrain,” said a tea garden manager.

The planters said they were not in a position to increase the wages under current circumstances.

“The Darjeeling tea industry has not been able to monopolise a product that is specific to quality and the region because there is immense competition. This is probably one of the major reasons for the inability to dictate the price,” said an industry insider.

The growth of Nepal tea, which is similar to Darjeeling tea but is cheaper, in the international markets has also made an impact.