11 held for arson after Amit Shah's rally in Bengal's Contai

Those arrested were 5 labourers of the decorator who built the tent for the rally, a BJP supporter, and 5 BJP workers 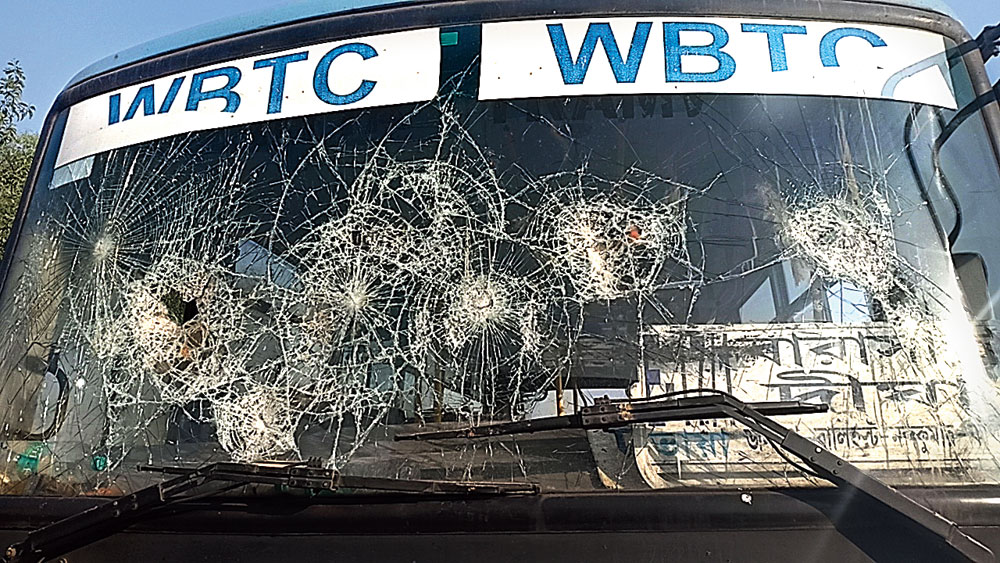 Eleven persons have been arrested over the violence after BJP chief Amit Shah’s rally in East Midnapore’s Contai on Tuesday.

The mayhem and clashes between Trinamul and BJP supporters had left over a hundred vehicles damaged and at least 15 persons, including some cops, injured.

The 11 arrested include five labourers of the Calcutta-based decorator who had built the tent for Shah’s rally, a BJP supporter and owner of the rally ground, and five other BJP workers. They face non-bailable charges like attempt to murder.

Maity added that if the Union home minister — Rajnath Singh had called Mamata late on Tuesday over the violence — and the Centre did not take action against the state government, it would not be possible for the BJP to hold such rallies in the future.

Rajiv Kumar Singh, owner of J.N. Decorators, claimed the police had confiscated the material used in the tent at Shah’s rally. Asked about it, ASP (rural) Indrajit Basu said: “I am not aware of this. I will look into the matter.”

Bengal BJP chief Dilip Ghosh said his party would approach the Election Commission, which is slated meet state officials on Thursday, over the clashes with Trinamul.