Advertisement
Home / West-bengal / 1,000 acres of land in Durgapur not of power utility: Bengal

1,000 acres of land in Durgapur not of power utility: Bengal

The land department earmarked the property to the Asansol Durgapur Development Authority, which the DPL had been claiming was its own 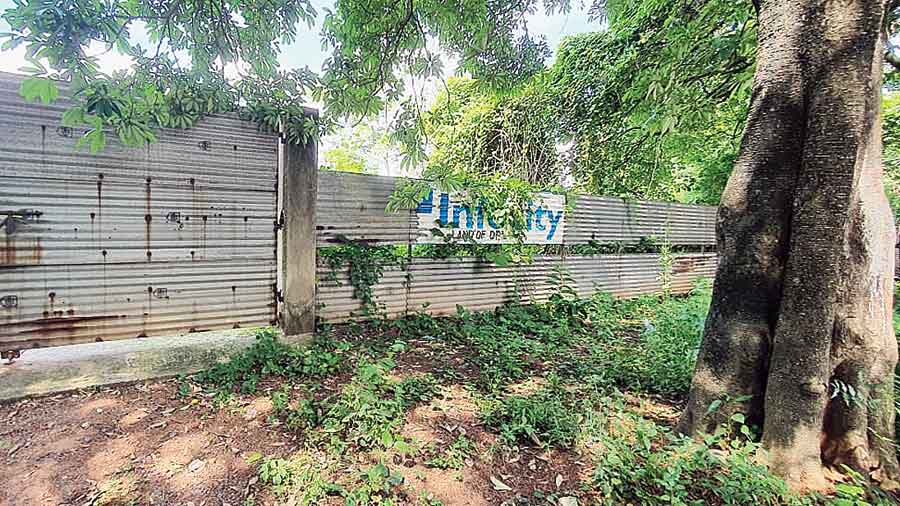 One of the unused land parcels at Bidhannagar in Durgapur. The ADDA had given it to a private company for an IT park, which was not set up.
Anusuya Sinha
Abhijeet Chatterjee   |   Durgapur   |   Published 20.09.21, 12:07 AM

The land department earmarked the 1,067.04 acres to the ADDA, which the DPL had claimed as its own.

Land officials said after a thorough survey they found the land parcel originally belonged to the ADDA but in records was mistakenly said to be of the DPL’s.

The joint secretary of the land and land reforms department wrote to West Burdwan district administration on September 1 asking them to rectify records of the 1,067.04 acres in favour of the ADDA and report to the government.

The DPL’s claim to the acres had come after the loss-making power utility started taking stock of 3,759 acres it purportedly owned in the wake of the state government deciding to either sell or lease out the company’s unused land.

The DPL management had claimed the land that has been “occupied” by the ADDA was located at Gopinathpur mouzas, presently known as Bidhannagar and Fuljhore in Durgapur town.

Here, private schools, colleges and hospitals have come up since past decades. The DPL also put up boards on the lands saying it belongs to them.

Sources in the land department said that entire land in Durgapur and its adjoining areas excluding privately owned lands belonged to the Durgapur Development Authority (DDA) or the Industrial Board during the 1950s. The DDA later transformed to ADDA.

“The land which the DPL had been claiming was either of the DDA or the Industrial Board. There may have been a communication gap in the land records or they were not updated properly after the formation of the DPL and the ADDA,” said an official.

However, DPL officials said after rectification of the land records for 1067.04 acres, DPL land has been reduced to nearly 2,700 acres.

The government has already decided to hand over the water works to Durgapur Municipal Corporation. The closed coke oven plant on 200 acres is in the process of being dismantled to free the land. The township will be merged into a smaller area to free around 600 acres.

“The government is eyeing vast unused plots of the DPL to monetise land. Apart from lands of the closed coke oven plant and township, after the merger we have to evacuate encroachers from the rest of the unused plots,” said a DPL official.