Arav Bharadwaj began a bicycle expedition of over 2,400km to mark the seventy-fifth year of Indian Independence and 125th birth anniversary of Subhash Chandra Bose 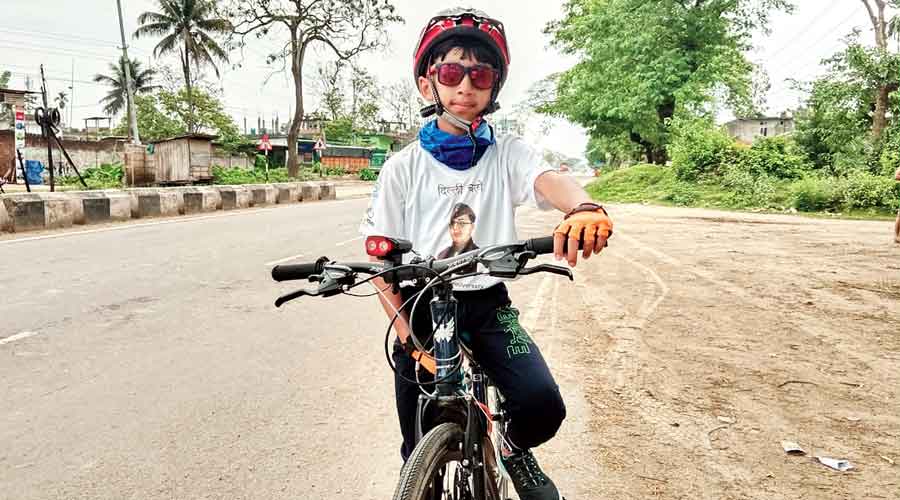 A 10-year-old boy, who hails from Haryana, has started a bicycle expedition of over 2,400km to celebrate the seventy-fifth year of Indian Independence and 125th birth anniversary of Subhash Chandra Bose.

Arav Bharadwaj began his journey from the Indian National Army Memorial that is Moirang of Manipur on April 14. He intends to pedal up to the India Gate in New Delhi and reach the final destination on May 15, covering a distance of over 2,400km.

On Monday, Arav reached Alipurduar with his grandfather, who is travelling in a car, and will leave for Siliguri tomorrow.

The boy decided to start his travel from Moirang as back in 1944, the INA under Subhash Chandra Bose had defeated the British army and had hoisted the National Flag there on April 14.

“I used to tell him stories of our Independence movement. He is an admirer of Netaji, so he decided to commence this expedition to disseminate the message of patriotism,” said MS Bharadwaj, Arav’s grandfather.