Pawan Chamling was abused in the first session of this government headed by chief minister P.S. Tamang (Golay) 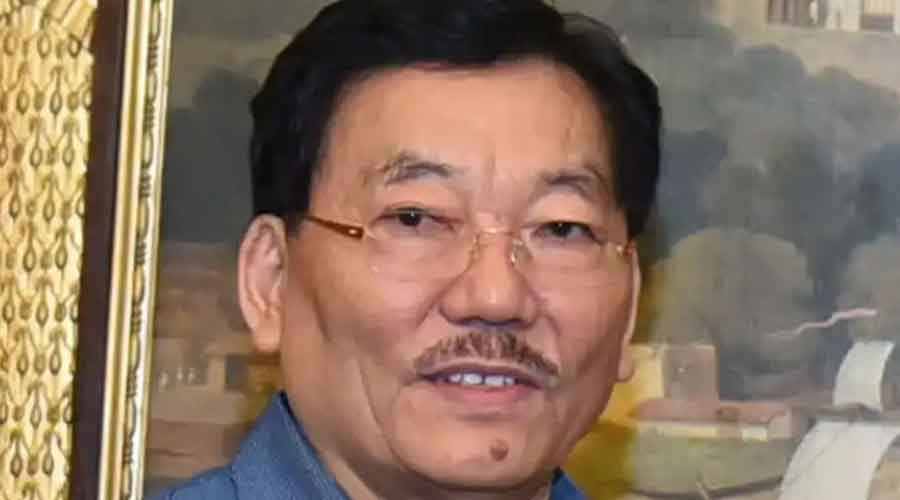 Sikkim Democratic Front (SDF) president Pawan Chamling has said he will attend the upcoming Sikkim Assembly session to voice his opinion on the growing wrongs in the state he had ruled for 25 years.

In a conversation with The Telegraph on Saturday, Chamling said he had not attended the Assembly session in the last three years because he felt democracy was being abused by the Sikkim Krantikari Morcha (SKM) government.

“I will attend this session (starting Monday) since I have the right to raise questions in the interest of Sikkim,” he said.

Chamling was abused in the Assembly in the first session of this government headed by chief minister P.S. Tamang (Golay).

Chamling had also lit a candle in the Assembly prior to his coming to power in 1994 in search of “democracy”.

Chamling, whose SDF got more vote share but lost to SKM in the seat count in the 32-member Sikkim Assembly, referred to the unique identity of the Himalayan state that merged with India in 1975 and said it had to be respected.

“I will raise issues that have taken place in the last three years,” he said.

The SDF had won 15 seats and the SKM 17 in the last Sikkim polls.