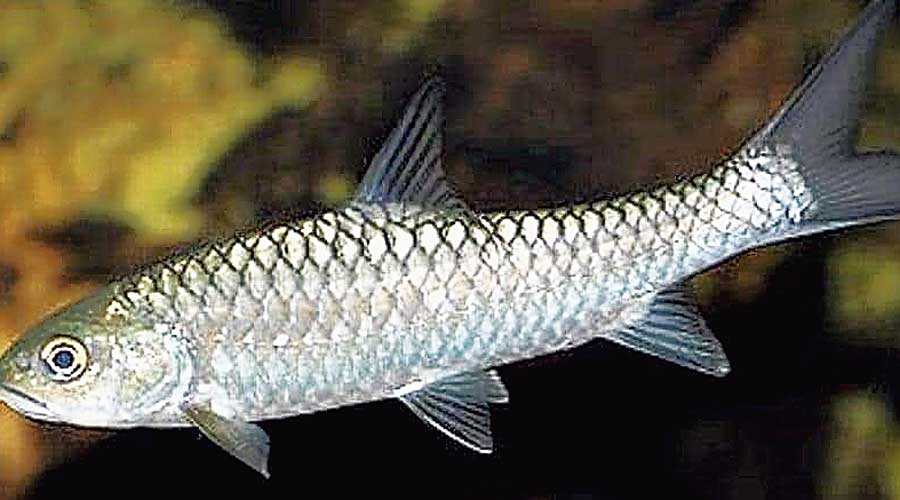 The Sikkim government has declared copper mahseer, locally called katley, as the state fish, to highlight its importance and to give emphasis to its conservation.

“In Sikkim, katley is found in varied altitudes covering the entire state and predominantly confined to the Teesta and Rangit rivers and their tributaries. In 1992, ICAR-National Bureau of Fish Genetic Resources (ICAR-NBFGR), Lucknow, had categorised katley as endangered species. Later on, in the year 2014, the fish was also categorised as endangered by the IUCN (International Union for Conservation of Nature),” said the official.

Singh said the Sikkim government had also declared the reservoirs of the state to be open for fishing activities. There had been a bar on the fishing as
part of Covid-19 restrictions. Licences shall be issued by the directorate of fisheries to interested individual fishermen or fishermen co-operative societies or
SHGs for fishing in the reservoirs in accordance with the existing provisions under the Sikkim Fisheries Rules, 1990, he said.

The reservoirs are at Chungthang in North Sikkim and Legshep in West Sikkim, along with Dikchu and Rorathang in East Sikkim.

Apart from the cultural significance of the katley, the ecological understanding of the government’s decision, or the lack of it, has compounded the people who know their fishes for the water.

“Golden masheer belongs to our regi­on because they come up annually from the sea up to our rivers for breeding. Katley has variants,” said Jeta Sanskritay­an, a scholar on the Teesta river system.