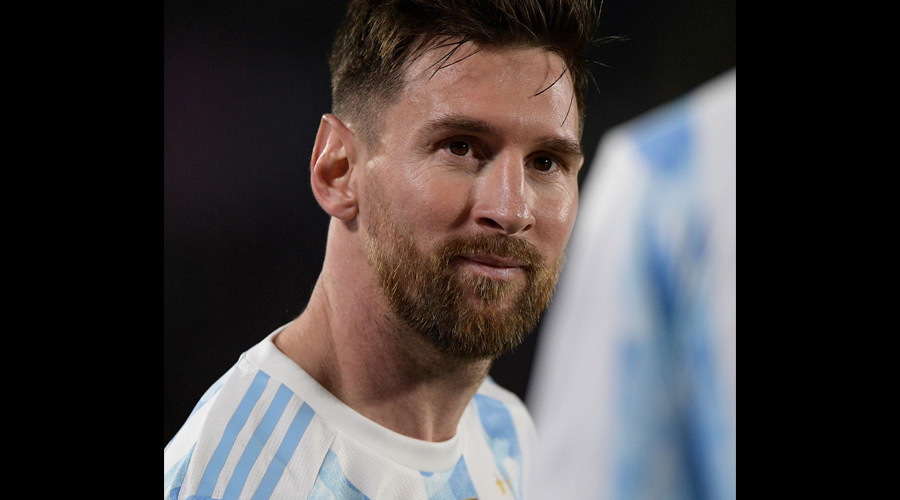 Two goals in the minutes before half-time, one of them an unusually fortunate counter from Lionel Messi, helped Argentina on their way to a comfortable 3-0 win over Uruguay in a World Cup qualifier on Sunday.

Eight minutes before the break Messi floated a 35-metre pass into the area but it was missed by both advancing striker Nicolas Gonzalez and goalkeeper Fernando Muslera and somehow sneaked into the net.

Six minutes later Lautaro Martinez swung and missed a chance on the edge of the box but the loose ball fell into the path of Rodrigo De Paul who made no mistake.

Martinez made up for the miss when he converted a low cross from De Paul 17 minutes into the second half.

“We played a great game,” said Messi. “Everything worked out perfectly.”

The win, combined with Brazil’s 0-0 draw at Colombia, narrowed the gap between leaders Brazil and second-placed Argentina to six points at the top of the 10-team South American qualifying group.

Uruguay, who ended the day fourth in the 10-team table, were unbeaten in eight matches coming into Sunday’s match.

They took the game to their rivals, with Luis Suarez coming close on three occasions in the first half hour, including one thunderous shot that came back off the post.

Argentina grew as the game went on, though, and Giovani Lo Celso missed a  chance to open the scoring when he rounded the goalkeeper but delayed before striking a shot that hit the underside of the bar and the goalline before rolling away to safety.

Brazil had never lost to Colombia in 12 previous qualifiers but Colombia came into the game unbeaten in six qualifiers under coach Reinaldo Rueda, their longest such run since 2008.

That form book played out in the Caribbean heat with both teams playing an open game but neither creating many chances, particularly in a stunted first hour.