World Badminton Championships: No PV Sindhu, but India still sure of two medals 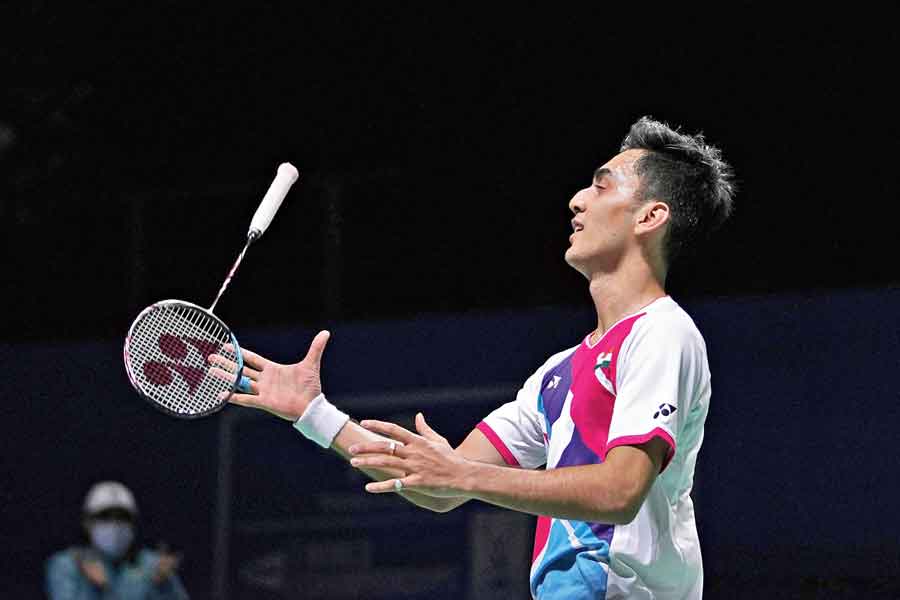 Lakshya Sen celebrates after defeating Jun Peng Zhao in their men's singles match at the BWF World Championships in Huelva on Friday.
AP/PTI
Agencies   |   Published 18.12.21, 01:42 AM

PV Sindhu, who has India’s richest medal haul from the World Badminton Championships, will be returning empty-handed from the meet this time, but the country is still assured of at least two more medals with the seasoned Kidambi Srikanth and youngster Lakshya Sen booking semi-final tickets in the men’s singles on Friday.

Intriguingly, Srikanth and Lakshya will be facing each other in the last-four round, which means one of them is guaranteed to at least get a silver even if they fall at the final hurdle.

However, HS Prannoy, the other Indian who was in the reckoning for a place in the semi-finals, lost his quarter final 21-14, 21-12 against Kean Yew Loh of Singapore.

“I was confident in rallying it out. Both of us made some mistakes.

“At 20-all I slipped but I managed to pull off a winner and I got a bit lucky,” Lakshya said after the thrilling contest.

Srikanth admitted that while entering the tournament he hadn’t dreamt of coming this far.  “I’m happy to reach this stage. Coming into this tournament, I was only thinking of the first round. From there, it was only about the next match,” Srikanth said.

The two will join the legendary Prakash Padukone (bronze in 1983) and B. Sai Praneeth (bronze in 2019) as the men’s medal winners from India at the World Championships.

Sindhu has won five medals from the marquee event while Saina Nehwal has two medals to her name. The women’s doubles pair of Jwala Gutta and Ashwini Ponnappa had also won a bronze in 2011.

Sindhu, on the other hand, lost her quarter-final match against Taiwan’s Tai Tzu Ying. World No.1 Tai Tzu has been Sindhu’s nemesis for a long time. The top seeded shuttler won 21-17, 21-13 in an energy-sapping match that lasted 42 minutes.

The win extended the head-to-head record between the two top players to 15-5 in favour of Tai Tzu.

Sindhu, currently the world No.7, had also lost to the same opponent in the Tokyo Games semi-finals earlier this year. However, Sindhu had beaten Tai Tzu in the 2019 World Championships at the same stage.