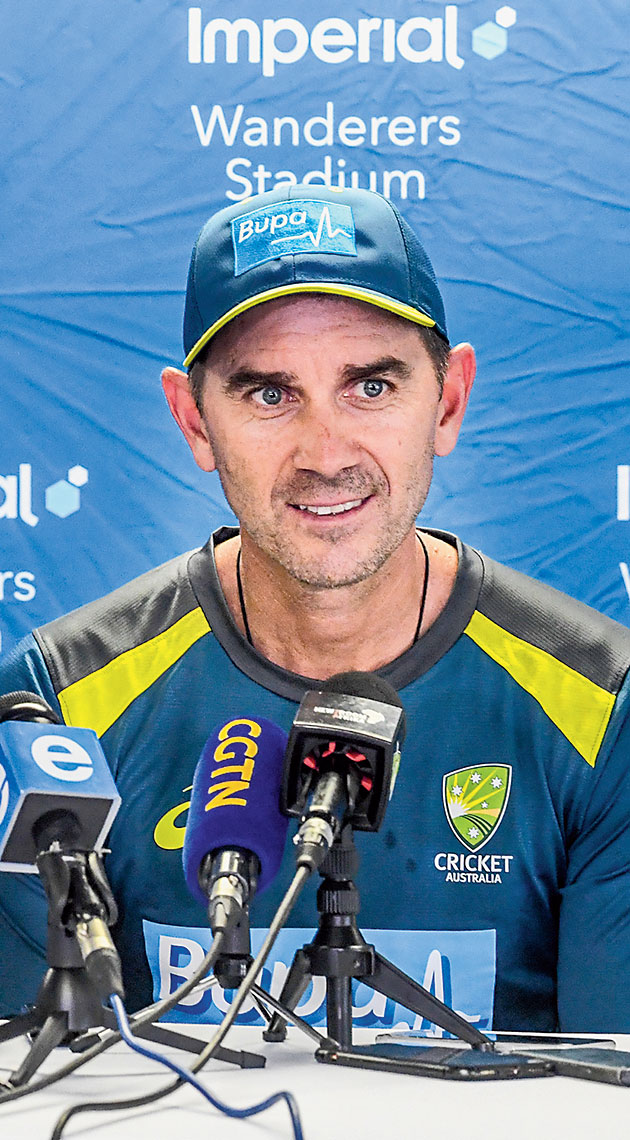 Australian coach Justin Langer has revealed that he felt like a “punching bag” after Virat Kohli’s aggressive celebrations during India’s 2018-19 tour while also calling out the “double standards” when it comes to sledging in cricket.

India, led by Kohli, enjoyed an unprecedented summer Down Under, winning the Border Gavaskar Trophy 3-1, their first-ever Test series win on the Australian soil. It was followed by a 2-1 victory in the ODIs, while the T20 series ended in a 1-1 draw.

During the series, Australia, who were determined to patch up their severely dented image in the wake of the ball-tampering scandal, had decided to not engage with the Indian captain verbally during the series. However, Kohli’s on-field antics angered Langer but he could not be expressive about it.

“I remember that afternoon (feeling) like a punching bag. We can’t fight back because it felt like we had our hands behind our backs and we just had to take it,” Langer said in the recently released docu-series titled ‘The Test’.

“You must be feeling the double standards the way their captain is carrying on and we sort of have to be careful. Imagine if we behaved two out of ten (of) that,” he said.

Langar asked his players to take on Kohli but warned the hosts not to cross the line between banter and abuse.

“There is a difference between abuse and banter. There is no room for abuse. We don’t need to abuse him but there is banter where you stick up for your mate.”

On Day IV of the second Test in Perth, Kohli and his Australian counterpart Tim Paine were involved in a verbal spat. That was time Paine thought he had enough.

“I sort of just had enough and thought you also have to stand up for yourself and your teammates and that was one of the reasons I thought, ‘no, I’m the captain, it’s my turn, I have to stand up and show him we’re here for the fight’,” Paine said.

Paine was at the receiving end just after he had gone out to bat.

“If he messes it up, it’s 2-0. Who’s gonna talk then?” Kohli was caught saying by the stump microphones.

Paine did not hold himself back and replied “You’ve got to bat first, big head”.

In the third episode of the documentary series, Paine talks about how he was fretting over getting Kohli out in the Test series after seeing the Indian captain smacking the ball in the nets.

“India is such a big country. He is so popular over there that he has become a sort of a global superstar. Wherever he goes, there are just people. They are just around him. Outstanding player. Probably the best player in the world at the moment. Well, I just remember watching him in the nets. They put that footage out pre-series and he was absolutely smacking them.

“And I was sort of thinking that, ‘how are we going to get this bloke out.’ And mum being mum just said, oh, he’s only another person. I said, Oh, ok, mum, thanks, that’s good advice. That’s gonna help us get him out. Isn’t it?”

The third episode of the series, called ‘A Test of the Character’, has also documented the heated conversations between the two captains Paine and Kohli, in Perth, after India had defeated the hosts in Adelaide. Paine had also revealed his plan to tackle Kohli and his aggression in his own way.