Advertisement
Home / Sports / What are the Tokyo Olympic medals made of?

What are the Tokyo Olympic medals made of?

Made of recycled electronic devices and pebble-like in appearance, the medals will measure 8.5 cm in diameter, featuring the flying image of Nike, the Greek goddess of victory 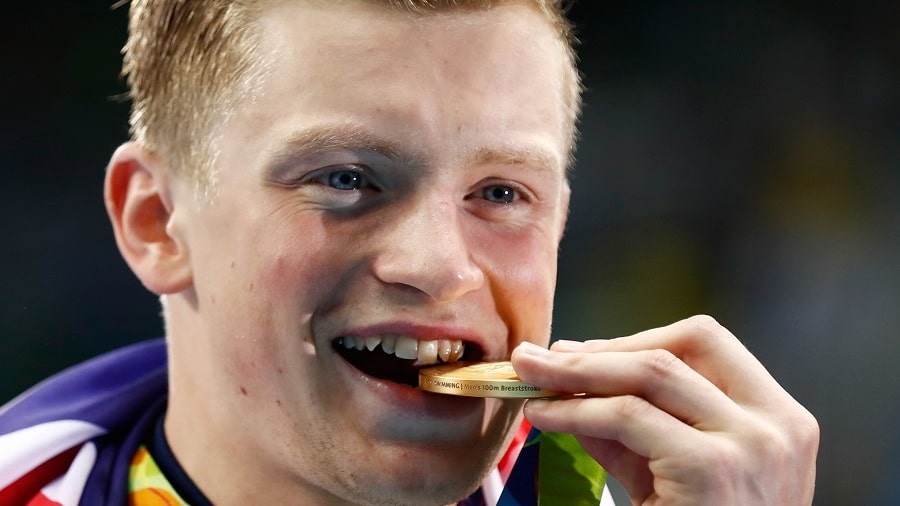 From olive wreaths to recycled metals sourced from old cell phones and electronics, the reward for winning at the Olympics, the most sought-after achievement in an athlete's life, has come a long way, much like the Games itself. Made of recycled electronic devices and pebble-like in appearance, the medals in the upcoming Tokyo Games will measure 8.5 centimeters in diameter, featuring the flying image of Nike, the Greek goddess of victory.

But, unlike previous years, these will be produced from gold, silver and bronze (in this case, copper and zinc) that has been stripped from over 79,000 tons of used cell phones and other small electronic devices donated by the Japanese population.

The evolution of medals

During the ancient Olympic Games, athletes who emerged victorious were awarded 'Kotinos' or olive wreaths, which were considered a sacred prize in Greece, representing the highest honour. In 1896, the long-lost tradition of ancient Greece, the Olympic Games was reborn in Athens.

With the rebirth, new practices made way for older ones and thus the custom of awarding medals began -- silver for the winners while the runners-up received a copper or bronze medal. On the front of the medal was Zeus, father of the gods and in whose honour the Games were held, holding Nike, while the reverse side showed the Acropolis.

It wasn't until eight years later in the 1904 St. Louis Games, where the now standard gold, silver, and bronze medals, were first used. The metals represent the first three ages of man in Greek mythology: the Golden Age -- when men lived among the gods, the Silver Age -- where youth lasted a hundred years, and the Bronze Age, or the age of heroes.

Over the next century, the coveted awards would vary in shape, size, weight, composition, and in the image they carried.

In 1923, the International Olympic Committee (IOC) launched a competition for sculptors to design the medals for the Summer Games. The Italian artist Giuseppe Cassioli's design was chosen as the winner in 1928.

The obverse of the medal was embossed with Nike holding a palm in her left hand and the crown for the winner in the right, with a depiction of the Colosseum in the background and the reverse featured a crowd of people carrying a triumphant athlete. This design continued for a considerable time.

2004 Olympics: Change in the obverse

While host cities were allowed to rework the reverse of the medal starting from the 1972 Munich Games, the obverse only changed during the 2004 Athens Olympics. A new depiction of Nike, flying into the 1896 Panathenaic Stadium to bestow victory on the strongest, highest and fastest, replaced the older one.

Until 1960, winners had medals pinned to them but the Rome Olympics had the necklace-like design allowing the athletes to wear the prized possession around their necks thanks to a chain. Four years later, the chain made way for coloured ribbons.

Interestingly, the gold medals are not made of the yellow metal entirely. The 1912 Stockholm Games was the last time an Olympic medal was made entirely out of the metal. Now, they are just plated with it.

As per the IOC guidelines, a gold medal must contain a minimum of 6 grams of gold. In reality, silver forms the bulk of the medal.

China, which hosted the 2008 Beijing Olympics, for the first time, introduced medals made of a material other than metal -- jade. Representing honour and virtue in traditional Chinese culture, the coveted gemstone was inlaid into the back of each medal.

Following in Rio's footsteps, the Tokyo Games' organisers have opted for medals made of recycled electronic devices, including discarded laptops and smartphones, a proposal that won the "Everyone's Medal" campaign launched by the Tokyo 2020 organising committee in 2017.

"I never dreamed that the design I submitted, only as a memorial to this lifetime event, would be actually selected," winner of the design, Junichi Kawanishi, had told media when the medals were launched.

"With their shining rings, I hope the medals will be seen as paying tribute to the athletes' efforts, reflecting their glory and symbolising friendship."