John Hackworth, the U-17 US coach, has said that the country's elimination from the 2018 World Cup race has forced fans back home to pin their hopes on his young players. 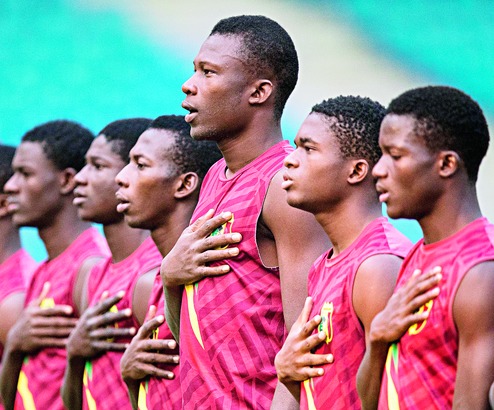 Mumbai: John Hackworth, the U-17 US coach, has said that the country's elimination from the 2018 World Cup race has forced fans back home to pin their hopes on his young players.

The Americans' hopes of going to Russia next year came crashing down after they were stunned 0-1 by Trinidad & Tobago. It's the first time since 1986 that the team will miss out on the tournament.

In India, however, the Americans are on a roll having qualified for the pre-quarter finals of the Fifa U-17 World Cup with two convincing wins.

"It (the result in World Cup qualifiers) doesn't change what we as a group were trying to achieve in this tournament at all. It does put more focus on our team right now and that is tough for 17-year-old boys to understand what that means," the coach said.

"They don't know what that means, but there will be millions of fans back home, who are now turning their attention to this team. We are on an upward spiral," Hackworth said on the eve of their final Group A match against Colombia.

In New Delhi, Mali will fancy their chances of sealing a knockout berth when they lock horns with New Zealand in Group D.

Mali will be high on confidence after their 3-0 drubbing of Turkey in their previous Group B game.

They were keen to make a statement after their opening defeat to Paraguay and that they managed to do so, speaks about the character of the team.