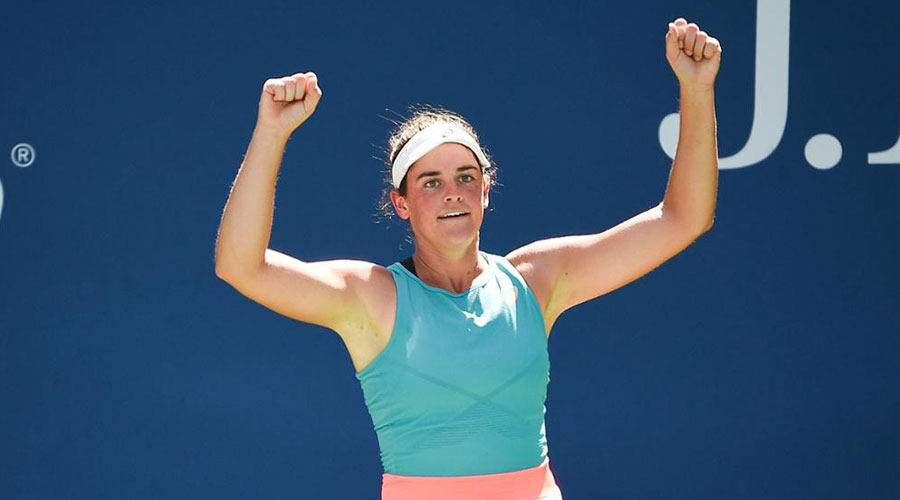 American Jennifer Brady continued her surprise surge at the US Open with a 6-3, 6-2 victory over Kazakhstan’s Yulia Putintseva on Tuesday to reach her first Grand Slam semi-final.

The 28th-seeded Brady used her massive forehand and impressive court coverage to deny Putintseva in her bid to become the first Kazakh woman to reach the final four of any major.

On Monday, Sofia Kenin said she was already done crying over her one-sided loss to Elise Mertens in the fourth round and the second seed will instead focus on the positives.

Australian Open champion Kenin, 21, had not dropped a set, won 26 of her 28 service games and was the highest surviving seed at Flushing Meadows coming into Monday’s match. But an error prone performance from Kenin meant the 16th-seeded Mertens barely felt any pressure during a 6-3, 6-3 win

Victoria Azarenka had a huge smile on her face after reaching her first Grand Slam quarter final in more than four years by beating Czech Karolina Muchova 5-7, 6-1, 6-4. The former world No. 1 had to rally from a set down to set up a last eight date with Mertens.

Unseeded Tsvetana Pironkova has not seen her son in two weeks and the tearful Bulgarian dedicated her astonishing run to her two-year-old after she advanced to her first ever quarter final in New York. On Monday, Pironkova battled past France’s Alize Cornet 6-4, 6-7(5), 6-3 and then choked back tears while talking about her son Alexander.

Among men, second seed Dominic Thiem edged a first-set tie-break before turning up the heat to romp into the quarter finals with a 7-6(4), 6-1, 6-1 victory over Canadian youngster Felix Augur-Aliassime.

Daniil Medvedev stormed into the quarter finals with a 6-4, 6-1, 6-0 win over a listless Frances Tiafoe.

The Indian challenge came to an end with the loss of Rohan Bopanna and his Canadian partner Denis Shapovalov in the men’s doubles quarter finals event here.  Bopanna and Shapovalov lost 5-7, 5-7 to Dutch Jean-Julien Rojer and Romania’s Horea Tecau.