In the battle of two debutants, the Indian pugilist prevailed 4-1, a comfortable win for him despite the split verdict 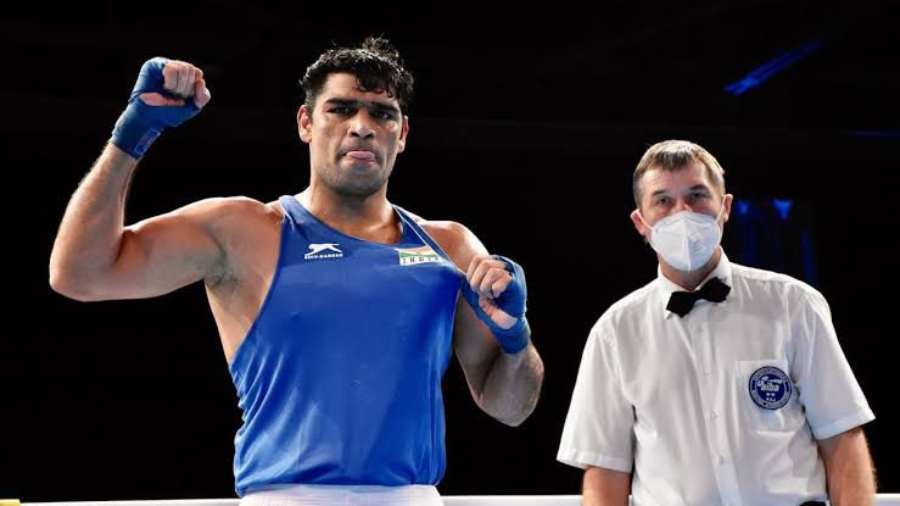 Indian boxer Satish Kumar (+91kg) eased into the quarterfinals of his debut Olympic Games, defeating Jamaica's Ricardo Brown in his opening bout on Thursday. In the battle of two debutants, Satish prevailed 4-1, a comfortable win for him despite the split verdict.

The 32-year-old two-time Asian Championships bronze-winner Indian was helped by Brown's poor footwork throughout the bout though he did end up sustaining a cut on his forehead.

Next up for Satish is Uzebkistan's Bakhodir Jalolov, the reigning world and Asian champion. Jalolov out-punched Azerbaijan's Mahammad Abdullayev 5-0 in his last-16 bout.

Satish, also a 2018 Commonwealth Games silver-medallist, dominated with his right hand and allowed Brown to repeatedly make the mistake of lunging in with very little balance.

Brown seemed to be looking for that one big punch that could unsettle the Indian but failed miserably, owing to his inability to move quickly enough.

The Indian, in comparison, was light on his feet and thereby sharper in responding to Brown's attacks.

The 31-year-old Brown, who is the first boxer from his country to qualify for the Games since 1996, was Jamaica's flag-bearer at the opening ceremony.

He is the co-founder of 'Sensi Juice', an organic juice company based in Canada. The juices that are produced by his company are infused with Cannabis.

Brown also worked as a chef in Jamaica till 2014.