The 23-year-old will next face 50th-ranked Viktorija Golubic of Switzerland; The Australian's singles defeat came 15 days after she won Wimbledon for her second Grand Slam title 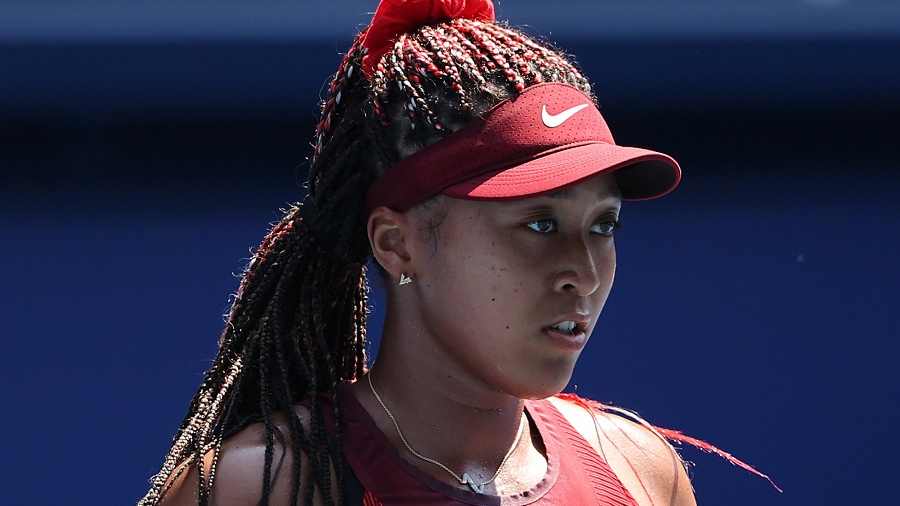 Naomi Osaka is back and still winning. The Japanese superstar who lit the Olympic cauldron defeated 52nd-ranked Zheng Saisai of China 6-1, 6-4 on Sunday in her first match in nearly two months. Osaka hadn't played since she withdrew from the French Open in May to take a mental health break, revealing that she has dealt with depression. She then sat out Wimbledon.

The second-ranked Osaka was sharp from the start, serving an ace down the T on the opening point of the match and and racing out to a 5-0 lead. Wearing a bright red dress and a red visor and with her hair styled in red-and-white braids to match the colors of the Japanese flag stitched onto the left side of her chest, Osaka served six aces in all and produced 25 winners to Zheng's 10.

Osaka's match was originally scheduled to open the tournament on Saturday but then was pushed back a day before her starring role in Friday's opening ceremony.

Osaka will next face 50th-ranked Viktorija Golubic of Switzerland.

For other top players in the tennis tournament at the Tokyo Games, it wasn't so straightforward. Top-ranked Ash Barty was upset by 48th-ranked Spanish opponent Sara Sorribes Tormo 6-4, 6-3 and two-time defending gold medalist Andy Murray withdrew from singles because of a right quad strain.

Barty's singles defeat came 15 days after she won Wimbledon for her second Grand Slam title. She struggled with a whopping 55 unforced errors to Sorribes Tormo's 13 and got in only 54% of her first serves compared to her opponent's 83%.

Murray pulled out shortly ahead of his scheduled opener against ninth-seeded Felix Auger-Aliassime of Canada on Center Court. "I am really disappointed at having to withdraw but the medical staff have advised me against playing in both events, so I have made the difficult decision to withdraw from the singles and focus on playing doubles with Joe," Murray said.

It's the latest setback for the 34-year-old Murray after only recently returning to the tour from a three-month absence because of a groin problem. He has also had serious issues with a bad hip that wound up requiring two operations.