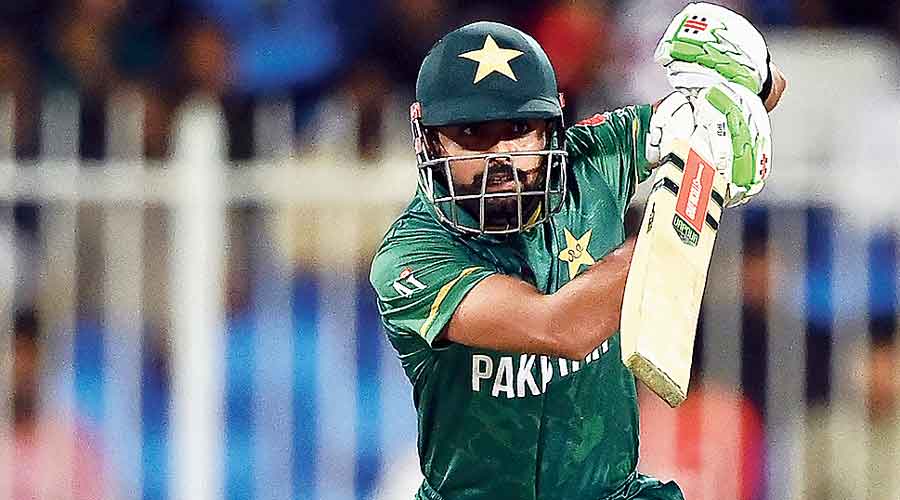 Five wins in five games, Pakistan have been playing like a dream in the T20 World Cup. And captain Babar Azam wants it to continue.

Pakistan completed their group phase with a dominating 62-run win over Scotland in Sharjah on Sunday and next face Australia in the semi-finals. The team has gathered good momentum going into the knock-out game and Babar wants to make full use of it.

“We are confident about each other’s ability. We are playing as a unit and hence playing consistent cricket,” the skipper said at the post-match presentation ceremony.

Speaking about the match against the Scots, Babar said: “We wanted to bat first… But we couldn’t play well in the Powerplay.

“(Mohammad) Hafeez played well and so did (Shoaib) Malik. He used his experience and played well towards the end. We have been confident. We would want to continue with the same momentum.”

Pakistan have been playing excellent cricket in this World Cup. Their batters and bowlers have risen to challenges successfully and their fielding has also been refreshingly sharp.

Besides the fact the Pakistan players have been very focused and disciplined in this tournament, it is also important to note that they have exploited the home-like conditions in the UAE well. It’s needless to say that they have also got good support from the stands. Their semi-final contest will be played in Dubai.

“Dubai is one of the best stadiums. We love the fans... The way they come and cheer for us is amazing,” Babar said.

Despite having a better run in the tournament so far than Australia, Pakistan cannot underestimate Aaron Finch’s team, which is packed with world class players. The Aussies are big stage players and they will not yield a yard without a fight.

Self-belief will play a key role for Pakistan. They need that against the gritty Aussies.