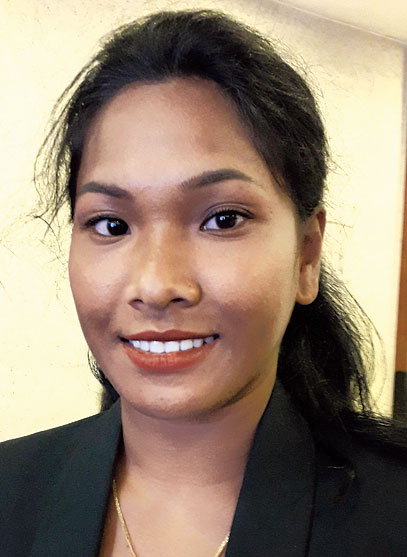 Swapna Barman, the Asian Games gold medal-winning heptathlete, feels India will fare much better at the World Athletics Championships, which begin in Doha on Friday, than it did in the previous editions of the meet.

At a Calcutta Chamber of Commerce event on Thursday where she was felicitated, Swapna told The Telegraph: “While the country’s showing at the World Athletics so far has not been much to talk about (Anju Bobby George being the only Indian who has won a medal at the meet — the long jump bronze in the 2003 edition), the scenario is changing for sure.

“We have made much progress and even if we are not on the podium this time, we hope to make the finals in some events. What was once a mere dream for the Indians, has definitely taken long strides towards fulfilment.”

In Doha, Neeraj Kumar would have been a medal prospect in javelin, feels Sarkar. But unfortunately, he is injured and out of the meet. As is Hima Das.

“But injury is part and parcel of an athlete’s life and it has to be dealt with,” he added.

Swapna herself is currently recovering from a knee injury — a grade three tear in her right knee, which she suffered while training. She is undergoing rehab and hopes to be back on track by February next year and will attempt to qualify for Tokyo. Fitness permitting, Swapna will be in action at the Federation Cup National Senior Athletics in April 2020 and the Inter-State athletics in May-June. The cut-off date for Tokyo qualification is June 30.

“The qualification mark set for heptathlon in Tokyo is very high — 6420 points. Barely seven-eight athletes in the world have managed to meet that mark. Swapna’s personal best in 6026. In case the required number of athletes fail to reach that mark, the top 24 in the world will qualify,” said Sarkar.

Both Swapna and Sarkar feel that come 2024 and 2028 Olympics, India will perform much better. The ‘Khelo India’ programs, financial support and other facilities and most importantly, catching the talented athletes young bring promise of a better future.

Finally, the Arjuna-awardee wishes all the athletes in Doha — and her compatriots even more so — all success as they embark on their mission from Friday.