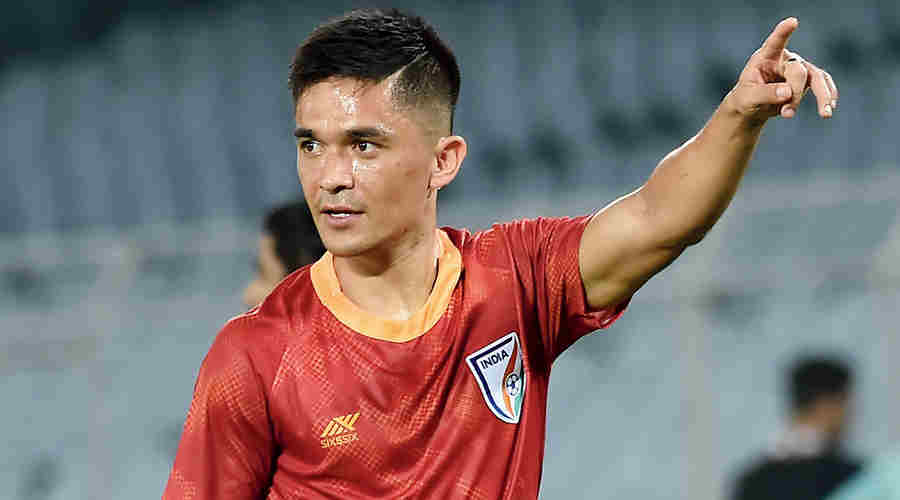 Captain Sunil Chhetri struck twice to lead India to a 3-1 win over hosts Maldives in their final league match and enter the final of the SAFF Championships here on Wednesday.

Chhetri scored in the 62nd and 71st minutes after Manvir Singh had given India the lead in the 33rd minute in the must-win match.

Ali Ashfaq pulled one back for Maldives in the 45th minute from a spot-kick.

Chhetri, who was playing in his 124th match, is just one goal shy of Lionel Messi (80), who is the second highest international goal scorer among active players behind Portugal superstar Cristiano Ronaldo (115).

Seven-time champions India, who finished on top of the five-team table with eight points, face Nepal in the final on Saturday.

Nepal drew 1-1 with Bangladesh in the earlier match of the day to finish second in the round-robin league with seven points.

With the win over Maldives, India saved themselves from crashing out of reckoning for the final of the regional tournament.

In the 33rd minute Manvir fired it past Maldives goalkeeper at the near post to give India the lead. Just seconds before half-time, Ashfaq scored from a penalty to put Maldives back on level terms.

Pele had scored 77 goals for the Selecao and the Indian skipper went past the legend with his 62nd minute strike. Lionel Messi (80) and Cristiano Ronaldo (115) are the two footballers who are ahead of Chhetri in the list of active international goalscorers.