‘I am happy I would be representing the senior India team for the first time. I will give my best shot’ 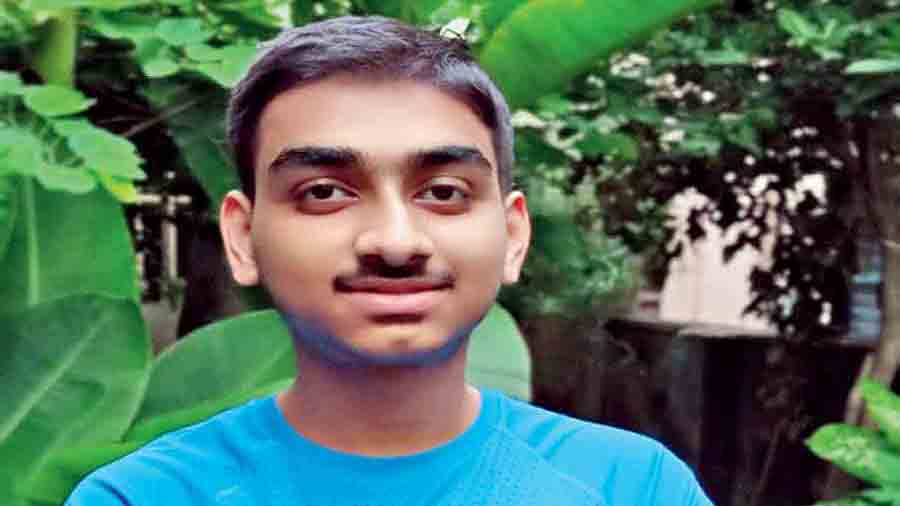 Bengal’s 18-year-old 10 metre air rifle shooter Srinjoy Datta has broken into the India squad for the ISSF World Cup to be held in Cairo from February 26 to March 8. He came third behind Divyansh Singh Panwar and Rudrankksh Balasaheb Patil in the senior nationals held in Bhopal early last month.

Srinjoy, who practises at the Serampore Rifle Club in Hooghly, is the first male shooter from the state after Joydeep Karmakar to represent India in a World Cup. Karmakar last played in a World Cup in 2014.

“I am happy I would be representing the senior India team for the first time. I will give my best shot,” Datta, who turns 19 on April 12, told The Telegraph on Thursday from his Serampore residence.

“I am not thinking of winning a medal in Olympic Games now. Yes, that’s something every athlete dreams of. My focus right now is on improving my game,” the first year student of Adamas University, Barasat, said.

The young shooter is another story of how parents sacrifice everything to ensure their children’s aspirations take wings. “I have sold properties, taken loans so that Srinjoy gets the best coaching,” his father Sankar said. “There is a small patch of land near my house which I am thinking of selling to give him more advanced training,” Sankar added.

Mother Susmita is a school teacher in Asansol and in the pre-pandemic days, used to stay with the family during weekends. “I used to teach him over the phone and the rest his father took care of,” Susmita revealed. “All credit to my husband,” she said.

Datta Senior graduated from Government Art College but did not want his son to pursue painting. “The Serampore Sporting Club is a stone’s throw away from the rifle club. The sound of the pellets used to intrigue me during my young days. When Srinjoy was just 10, I took him to the club but they told me he was too young for the sport. It was 2017 when he started shooting,” Sankar, now a web developer, said.

The father said he could have got his son enrolled in one of the academies outside Bengal. “But I decided whatever he would achieve, it should be from Bengal.”

Karmakar was all praise for Srinjoy. “He is an amazing story. If you remain disciplined and listen to what your coach is saying, you can go the distance. His father worked hard and the son never complained,” Karmakar said. “The meet assumes importance since this is the first World Cup to be played in the new format. The range will also host the Shooting World Championships, where Paris Olympic Games quota places would be up for grabs. So if you can perform in Cairo now, you would have a fair idea about the range when you travel in October,” Karmakar added.

The former shooter, however, rued that one of his wards, 10 metre air rifle shooter Suhani Rane, missed the bus by a whisker. “Her difference with Rajshree Sancheti was 0.4. Otherwise it would have been a double bonanza.”

“Hopefully, he would perform well in Cairo,” mother Susmita said.