At stumps on Day II, the Proteas were 317 for four with Faf du Plessis and Temba Bavuma batting on 55 and 41, respectively 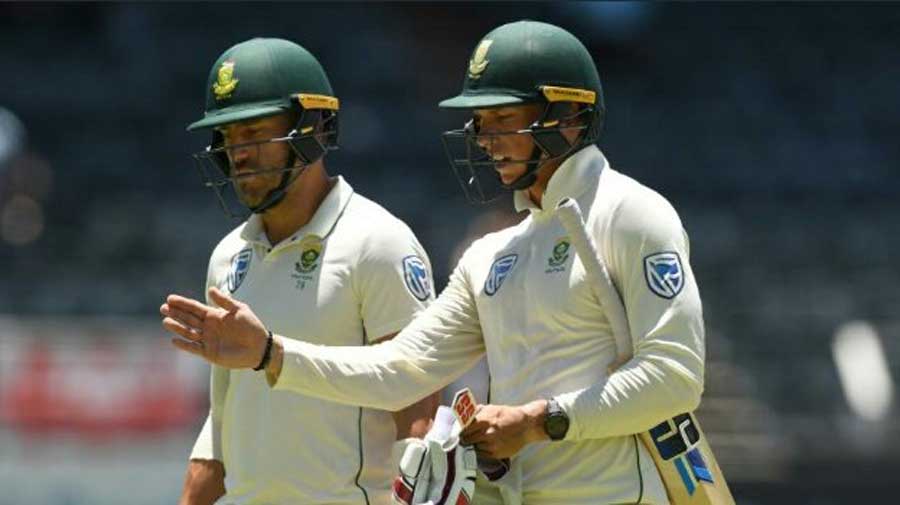 South Africa overcame a little bit of stutter to be on course for a first-innings lead over Sri Lanka in the opening Test here at the SuperSport Park.

At stumps on Day II, South Africa were 317 for four with Faf du Plessis and Temba Bavuma batting on 55 and 41, respectively.

South Africa’s openers had earlier put on a partnership of 141 and the Proteas were 180/1 in response to Sri Lanka’s 396 at tea on Sunday. Aiden Markram was out for 68 to give Sri Lanka’s bowling attack a much-needed boost after it was depleted by injury and looked set to struggle.

Dean Elgar, the other opener, had moved to 86 before he eventually departed five short of a century.

The momentum had started to shift after Sri Lanka had the best of the first day-and-a-half. The tourists’ 396 all out after opting to bat was their best total in a Test in South Africa.

It was built on 85 from Dinesh Chandimal, 79 from Dhananjaya de Silva and a forceful 66 not out from Dasun Shanaka at No. 7.

Shanaka hammered five sixes in his first Test half-century and made sure Sri Lanka’s hard work with the bat on the first day wasn’t wasted on the second.