Smriti Mandhana will lead India at some point: Ramesh Powar 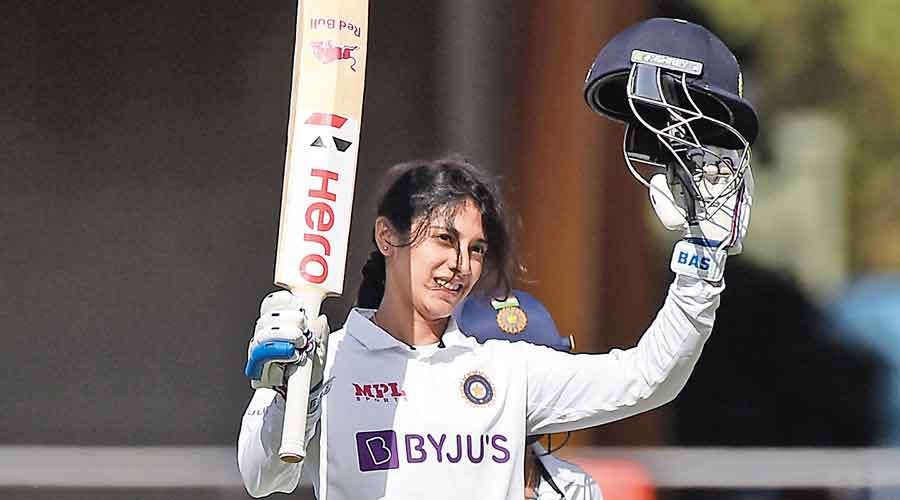 Indian women's team head coach Ramesh Powar is confident that the supremely stylish Smriti Mandhana at some point in near future will captain the side as she is being looked upon as potential leader.

Mandhana was head and shoulders above all her batting colleagues during an otherwise disappointing series against Australia which India lost 5-11 on multiple-format point count.

"We are looking at her as a leader. At some point, she will lead," Powar said after the end of the series.

He, however, made it clear that he is setting no timeline for a change in leadership.

The 25-year-old Mandhana had one of her best away series where she scored 86 in an ODI followed by a majestic 127, her first ton in Tests, and then a 52 albeit for a losing cause in the final women's T20I.

One of the biggest reasons for zeroing in on Mandhana as a potential leader is the fact that she is an inspiration for the younger players in this team.

"She inspires a lot of younger players in the team. Obviously, we will rate her highly. The way she batted in Test was amazing, especially under lights. We knew she would come good," Powar said, praising the T20 vice-captain.

What Powar expected in all these years was consistency from Mandhana and the Maharashtra batter is finally showing signs of good things that can be expected in future.

"One season (of consistency), she will be a different player. She gets lots of game time playing in leagues across the world. And it become an advantage as in India you don't get so much of game time."

Powar is happy that in both England and Australia series the team management was able to give a lot of chances to younger players and also those in the fringes.

"You need characters to win World Cup. We stand at a juncture where Mithali and Jhulan will phase out at some point. We tested young bowlers like Meghana Singh and Renuka Thakur. We wanted to test our players," said the former India off-spinner.

Powar also made it clear that there is no room for complacency as leg-spinner Poonam Yadav found out after consistent non-performance.

"If you are not performing your role, you will be sidelined. We don't allow someone take their place for granted. The players who had to sit out were given proper chances," the coach said.

All-rounder Deepti Sharma's lack of firepower in the middle-overs has been a cause for worry and Powar informed that batting coach Shiv Sunder Das is working with the Bengal player.

"Change can't happen in 10 days. Batting coach SS Das is working with her," he added.