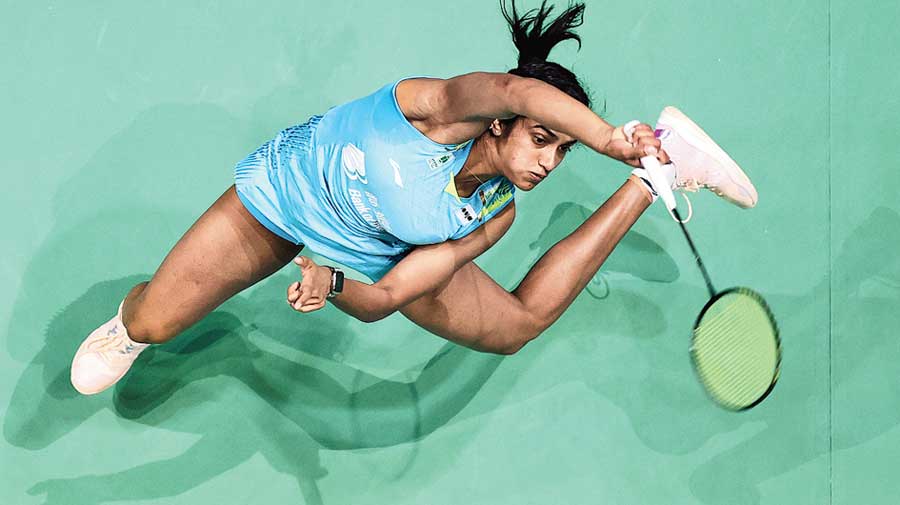 Lakshya Sen on Thursday became the youngest Indian male shuttler to reach the All England Championship quarter finals, where Olympic silver medallist P.V. Sindhu joined him with an easy win at the Super 1000 tournament here.

Sindhu, the reigning world champion, recorded a dominant 21-8, 21-8 win over Denmark’s Line Christophersen in a completely lop-sided second-round match. She will take on Japan’s third seed Akane Yamaguchi next.

Earlier, the 19-year-old Lakshya saw off France’s Thomas Rouxel 21-18, 21-16 to make it to his maiden quarter finals. Lakshya, who had claimed the Asian Junior Championships title, the World Junior championships bronze and Youth Olympics Games silver in 2018, will next face Netherland’s world no 36 Mark Caljouw.

However, it was curtains for HS Prannoy and B Sai Praneeth after the duo went down in the men’s singles second round on Thursday.

Late on Wednesday, former world No. 1 Saina Nehwal was forced to concede her opening match after suffering an injury. Saina, who finished second-best here in 2015, looked in discomfort with her right thigh and decided to retire after lagging behind (8-21, 4-10) in her match against seventh seed Mia Blichfeldt of Denmark.

In the men’s singles, Prannoy couldn’t find his way across world No. 1 Kento Momota, the Japanese playing his first event since a horrific accident that saw him undergo an eye surgery last year. The Indian lost 15-21, 14-21. Praneeth lost  21-15, 12-21, 12-21 to Viktor Axelsen of Denmark.

The Indonesian badminton team has withdrawn from the competition after all the players and officials were forced to isolate themselves for 10 days following a Covid-19 positive case in their flight to London, the Badminton World Federation (BWF) said.