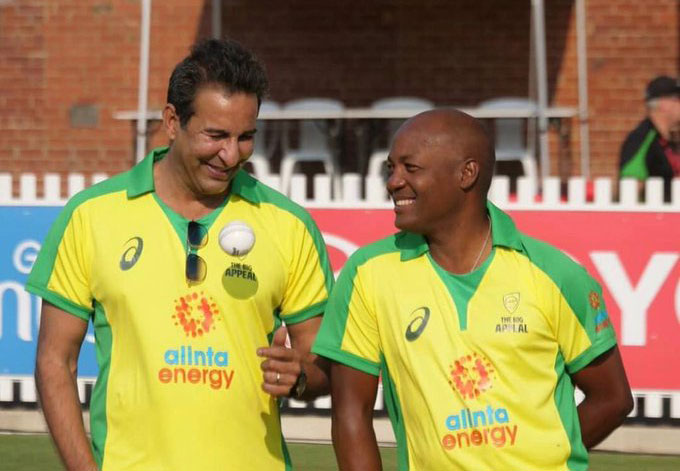 Sachin Tendulkar and Yuvraj Singh have got together to raise funds for the bushfire victims with a special souvenir from a classic win over Australia.

An exhibition match will be held at Junction Oval in Melbourne on Sunday.

According to Cricket Australia’s website, Sachin and Yuvraj have signed a stump from the 2011 ICC World Cup quarter-final against Australia – a match India won before going on to win the quadrennial showpiece event for the second time in their cricket history.

India won the match by five wickets in Ahmedabad. Ricky Ponting made a century in his final World Cup innings while Tendulkar (53) and Man of the Match Yuvraj (2/44 & 57 n.o.) played vital roles in their team’s successful pursuit of the 261-run target.

Ricky Ponting and Adam Gilchrist will lead star-studded sides, which include superstars such as Brian Lara, Courtney Walsh and Wasim Akram.

Shane Warne raised Aus$1m when his Baggy Green cap was auctioned off.

Sachin is also set to come out of retirement for one over only, thanks to a challenge issued by superstar Australia all-rounder Ellyse Perry. During the innings break, Perry will bowl an over to Tendulkar with 10 of her Aussie teammates in the field.

Perry threw out the challenge on social media on Saturday afternoon via a video message that quickly went viral. “Sounds great Ellyse,” said the 46-year-old, who will coach the Ricky Ponting-led side. “I would love to go out there and bat an over (much against the advice of my doctor due to my shoulder injury).

“Hope we can generate enough money for this cause, and to get me out there in the middle.”