On July 5, 1982, at the now demolished Estadio de Sarrià in Barcelona, Brazil and Italy met in the final game of the second group stage of the World Cup 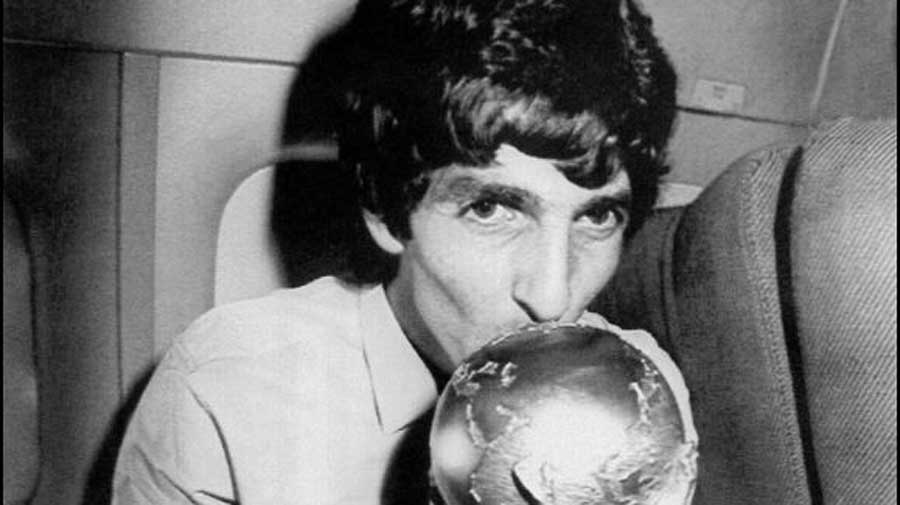 The Brazil squad that played in the World Cup in Spain in 1982 will go down as one of the greatest teams not to have lifted the trophy, along with Ferenc Puskas’ Magical Magyars of 1954 and Johann Cruyff’s Netherlands in 1974.

The man who crushed Brazil’s dreams was Paolo Rossi, the Italian forward from Juventus who just about made it to the national squad after a ban for match-fixing in Serie A was reduced.

On July 5, 1982, at the now demolished Estadio de Sarrià in Barcelona, Brazil and Italy met in the final game of the second group stage of the World Cup, a virtual quarter-final, the winner of which would go through to the semi-finals.

Telê Santana’s Brazilians had won their three first group stage games by an aggregate of 10-2.

By contrast, Italy, coached by Enzo Bearzot, had drawn their first three group matches, advancing to the second group stage knocking out Cameroon by the slimmest of goal difference margins. Rossi, till then, had looked a ghost of his past self — he had scored thrice in the 1978 World Cup in Argentina but managed precious little in Spain thus far.

In the second group stage, Italy and Brazil both defeated Argentina, leaving the two teams to face off for a place in the last four.

Besides Rossi, Italy had the likes of Bruno Conti, Antonio Cabrini, Marco Tardelli and captain Dino Zoff while fancied Brazil had a dream midfield of Cerezo, Falcão, Sócrates, and Éder, plus Zico, the formidable playmaker.

Italian centre back Gentile was assigned to mark Zico and prevent his runs in. But it was Rossi who opened the scoring five minutes into the game when he headed in Cabrini’s chip into the box.

After 12 minutes, Brazil produced a bit of magic. Sócrates, the Machiavelli-reading doctor, picked up the ball in his own half and surged forward. He passed it to Zico, who, made an exquisite turn to throw off the defender and then sliced open the Italian defence with a precision nip that found Socrates, who blasted it past Zoff.

Italy’s response was to shut out Brazil and deny them any space. The free-flowing Brazilians were cramped and started making mistakes, first by Cereo and then by the Robert Duvall-lookalike goalkeeper, Waldir Peres.

On the 25-minute mark, Rossi, ever on the prowl, preyed on a lazy pass from Cerezo within the Brazil goal area and smashed it past Peres.

Brazil, knowing they had 45 minutes to save the game, began sniffing for a way to breach the Italian defence.

Gentile had been Zico’s shadow all this while but in the 68th minute, the Brazilian created space for Falcao to dart in and shoot left-footed past Zoff.

A draw would have been enough for Brazil but they continued to press ahead, both Zico and Eder missing chances. Italy, who had to win, got a window for attacks on the counter.

After 74 minutes, Peres, a version of David de Gea in inconsistency, made a costly mistake as he carelessly conceded a corner. Tardelli fired in from the edge of the box, Rossi, always on the lookout for chances, had an easy tap-in for his hat-trick. 3-2, Italy.

The final 15 or so minutes produced frenzied play from Brazil. Wave after wave of attacks by the men in yellow but a resolute Italian defence thwarted them each time. Italy could have had a fourth when in the 86th minute, playmaker Giancarlo Antognoni passed to Rossi, free on the right, and ran deep into the penalty area for the return, which came via Gabriele Oriali.

But Antognoni’s strike was ruled offside — wrongly as it turned out but those were the pre-VAR days.

With a minute left to play, Éder sent in a cross but Oscar’s header was brilliantly saved by the 40-year-old Zoff on the goal-line.

As the final whistle went off, the Italian contingent erupted in exhilaration; in the Brazil side, there was stunned silence.

Socrates would later term July 5, 1982, as the “day football died”. The Brazilian way of playing the game was over, much of the damage done by Paolo Rossi.