'We come from different parts of India, follow different religions but when we come here we work together for India' 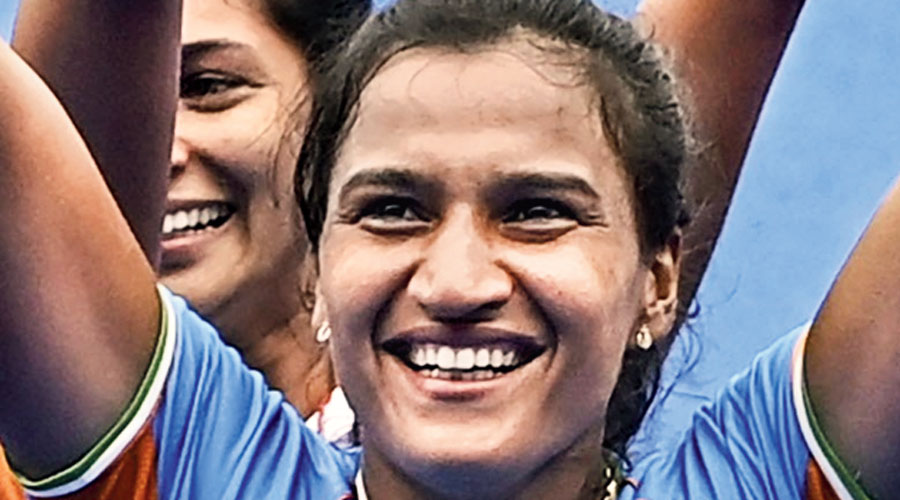 Indian women's hockey team skipper Rani Rampal on Saturday condemned the allegedly casteist abuse that her teammate Vandana Katariya's family has faced, saying that it was nothing short of shameful.

The family of Katariya, who scored four goals during the Olympics, found itself at the receiving end of allegedly casteist slurs from few people in their neighbourhood in Haridwar after the team lost the semi-final clash against Argentina on Wednesday.

"It's such a bad thing which has happened. We work so hard to represent our country. Stop all these things like discriminating on religion, casteism because we work above all these things," Rani said during a virtual press conference.

India finished fourth in the Games after going down to Great Britain 3-4 in an intensely fought bronze play-off.

"We come from different parts of India, follow different religions. But when we come here we work together for India. It's so shameful when we see people indulging in such behaviour," Rani said.

"But there are also people who have given us so much love even though we didn't win a medal. So they should learn from such people. If we want to make India a hockey nation, we need everyone," she added.

Two men had reportedly danced and burst firecrackers outside Katariya's house in the Roshnabad area of Haridwar in a gesture of mockery.

When some members of Katariya's family came out hearing the noise, the two men also passed casteist remarks against them, saying the team had lost because it had too many Dalit players in it, according to the local officials.

The 29-year-old striker had scored a hat-trick against South Africa in the group stages of the Olympics, becoming the first first from the country to achieve the feat.

Rani hoped that people will learn from this incident and such things will not happen in the furture.