The shuttler becomes the first Indian to win the yellow metal in the sport; Manoj Sarkar claims bronze 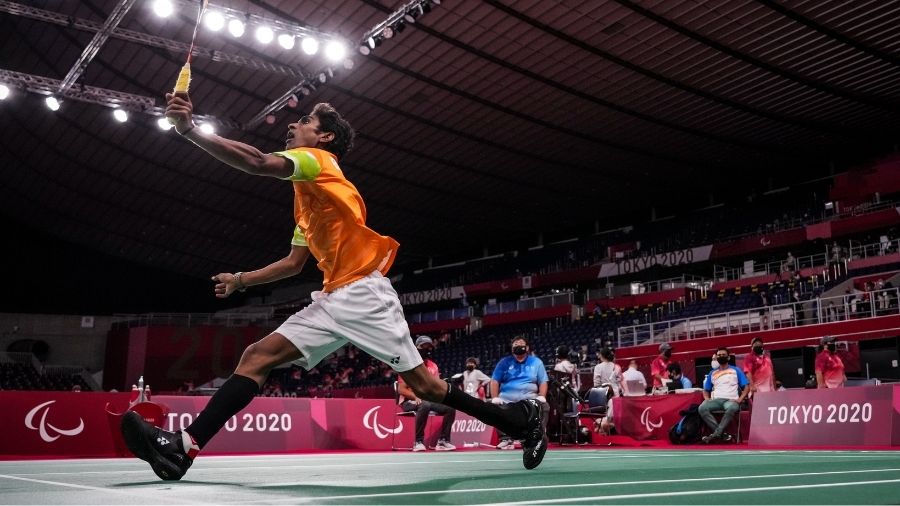 Reigning world champion Pramod Bhagat claimed the gold medal in the men’s singles SL3 class while Manoj Sarkar bagged a bronze in Tokyo on Saturday, as Indian badminton players came up with a brilliant performance to continue the country’s medal rush at the Paralympic Games.

World No. 1 Bhagat, who is also an Asian champion, humbled Great Britain’s Daniel Bethell in the summit clash while Sarkar defeated Japan’s Daisuke Fujihara in the third place play-off.

With badminton making its Paralympics debut, Bhagat became the first Indian to win a gold medal in the sport.

Gold medallist Pramod Bhagat on the podium after winning the men’s badminton singles SL3 at the Tokyo 2020 Paralympic Games on Saturday.
Getty Images

The top seed showed great mental fortitude as he prevailed 21-14, 21-17 over second-seeded Bethell.

“This is very special to me, it’s my dream come true. Bethell really pushed me but I just kept my calm and played to my strengths,” Bhagat said after winning India’s fourth gold medal in Tokyo.

“I would like to dedicate this to my parents and to everyone who has supported me throughout. I’m glad I could make India proud.”

Bhagat said he had a strategy in place for his rival. “I played the same opponent in Japan two years ago and I lost. That was a learning opportunity for me. Today (Saturday) it was the same stadium and the same environment, and I devised a strategy to win. I was very determined.”

The 33-year-old from Bhubaneswar also remains in contention for a bronze medal in mixed doubles SL3-SU5 class. Bhagat, who had contracted polio when he was four years old, picked up the sport after watching his neighbours play.

The 31-year-old Sarkar, whose right leg was affected after he contracted polio at the age of one, displayed great resilience during his 22-20, 21-13 win over Fujihara.

Sarkar had taken up badminton at the age of five but

it was the passion to win against his elder brother that led him to pursue the sport seriously.

More medals are in store for India as Suhas Yathiraj, an IAS officer, and Krishna Nagar also sailed into the men’s singles finals of SL4 class and SH6 class, respectively.

Shooter Avani Lekhara will be the flag-bearer during the closing ceremony on Sunday.