Points to score in Ranchi 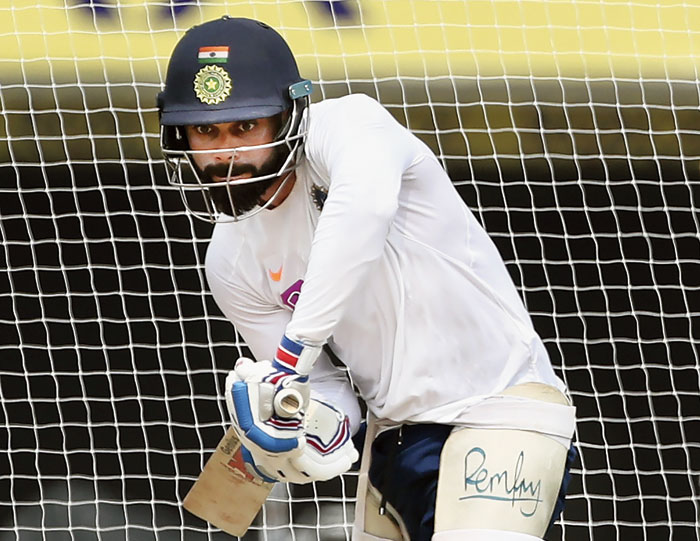 Even a few months ago, this would have been taken as just another Test match. An inconsequential game with India already having taken an unassailable 2-0 lead in the three-match series.

But the points system in the World Test Championship has made such potentially mundane matches more meaningful.

So, there is certainly quite a bit to play for when Virat Kohli and his men take the field for the third and final Test versus South Africa, at the JSCA International Stadium on Saturday.

After the thumping win in Pune, Kohli had spoken of not taking the foot off the gas even though the series has been decided. And his actions, as well as that of his teammates, on the eve of the Test suggested that the skipper meant every word of what he had said.

Hours after observing Karva Chauth with wife Anushka Sharma on Thursday, Kohli flew down to Ranchi and after a round of discussion with national selector Jatin Paranjape at the ground, got down to serious practice.

Friday’s training session was optional, but almost all the players who featured in the first couple of Tests — barring Ravindra Jadeja and Ishant Sharma — practised full throttle.

If India win this final Test, they will soar to 240 points from five matches with a huge lead at the top of the table.

The World Test Championship aside, the Indian players will also like to give their best at a time when the BCCI is all set to be headed by a former India captain. That too of the stature of Sourav Ganguly.

So, perhaps, there are points to be scored.

Before Sourav, the president, sits with the selectors and captain Kohli a day after this Test to finalise the squad for the upcoming home series versus Bangladesh, the players will surely like to put in meaningful performances.

India had an opportunity to give some game time to Kuldeep Yadav, who didn’t feature in the first two Tests. But he complained of left-shoulder pain due to which Jharkhand left-arm spinner Shahbaz Nadeem, who has had successful stints with India A, had to be added to the squad as cover.

To talk of the Proteas, they haven’t yet got off the mark in the World Test Championship and things appear to be getting worse for them as after Keshav Maharaj, opener Aiden Markram too has been ruled out of this Test after a self-inflicted injury on his right wrist. It really couldn’t have been more difficult for the visitors.

In Markram’s place, captain Faf du Plessis had hinted that Zubayr Hamza could play. But who comes in for Maharaj? Hamza’s Cape Cobras teammate George Linde? Or should South Africa play to their strength, which is fast bowling, and include Lungi Ngidi in the XI?

Conditions, however, are spin-friendly.