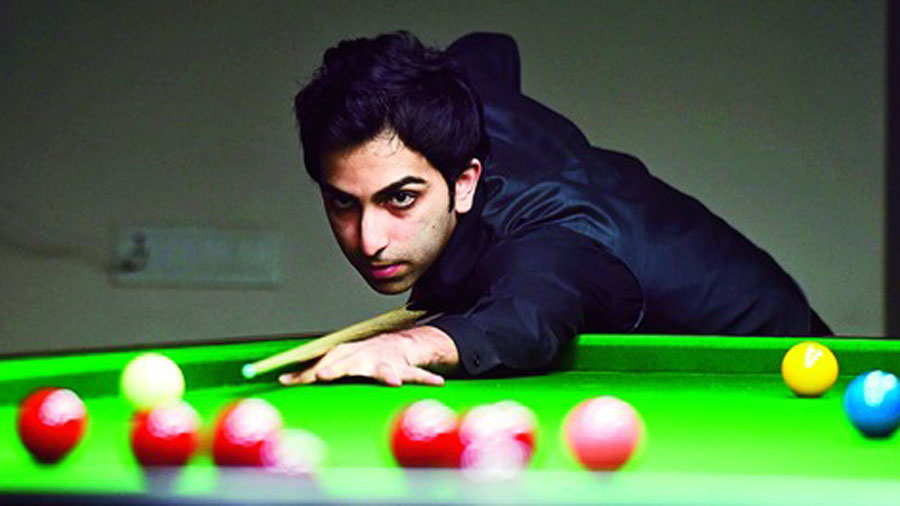 Ace cueist Pankaj Advani defended his national billiards title, his 11th in the tournament, after he defeated his PSPB teammate Dhruv Sitwala 5-2 in a best of nine games final.

Advani responded with breaks of 56 and 46 to restore parity at 1-1 after Sitwala's breaks of 64 and 42 late on Monday evening.

Sitwala, displaying excellent in-offs, pots and cannons, surged ahead by pocketing the third game with a sizeable break of 84.

He was on course to even wrest the fourth game after he compiled a wonderful effort of 101, but a costly lapse by him gave a window of opportunity to Advani.

Composing himself, in a superb rally the maestro chalked up a classy break of 127 to snatch the game and draw level once again at 2-2.

Then Advani struck a purple patch, cajoling and nursing the balls at the top of the table to craft identical unfinished breaks of 150 in the fifth and sixth games to run up a crucial 4-2 games lead.

Not giving up, Sitwala put up a tremendous show of skill, patience and temperament to strike a break of 134, but sadly, when in prime position he could not hold the balls together to give another chance to Advani after a sequence of safety exchanges.

Advani never looked back after that, compiling an unfinished 148 break to take the game, match and title.

"Dhruv is a very close friend of mine, we share all the sneak peaks of our lives. To be honest, it is never easy to play against your best friend in the finals of a major event like this. But, after the snooker failures, this victory gives me a sense of redemption," Advani was quoted as saying in a media statement issued here on Tuesday.

"The National Billiards Championship is surely a tough tournament to crack. I'm thrilled and grateful to lift my 11th Senior Billiards title, it is also my 35th title overall. So, I am more than happy and feeling deeply satisfied," Pankaj signed off.