Nick Kyrgios hits out at 'racial slurs' during Stuttgart defeat

Was racially abused by some fans during the semi-final against Andy Murray, says Australian tennis player 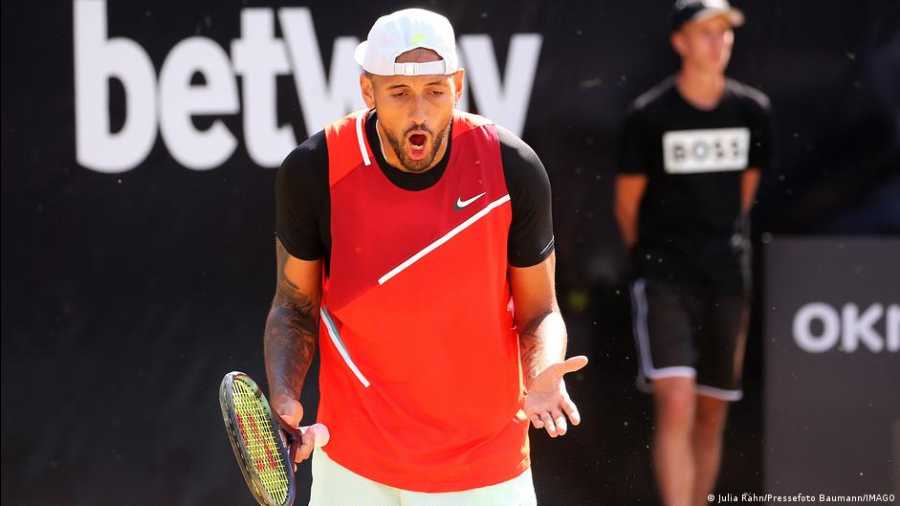 The Australian posted on Instagram that he had heard abusive comments from the stands
Deutsche Welle
Deutsche Welle   |   Published 12.06.22, 09:56 AM

Australian tennis player Nick Kyrgios said Saturday he was racially abused by some of the crowd during his bad-tempered defeat against Andy Murray in the Stuttgart Open semi-finals.

Kyrgios was penalized a point and then a game for unsportsmanlike conduct early in the second set, smashing a racquet before an angry exchange with a group in the crowd.

The 27-year-old, who is of Greek origin, said he had been the victim of racism.

"When is this going to stop? Dealing with racist slurs from the crowd?" Kyrgios wrote on Instagram.

"I understand that my behavior isn't the best all the time, but 'you little black sheep' 'shut up and play' — little comments like this are not acceptable. When I retaliate to the crowd I get penalized. This is messed up."

In a separate message on Instagram later, Kyrgios wrote:

"... one thing I won’t ever tolerate is spectators heckling and blasting abuse to athletes. It’s been happening personally to me for a while, from racist comments to complete disrespect. For years it’s been something I’ve brushed off but especially in Indian wells and today all the way in Stuttgart, it’s made me realize that people seem to think it’s normal."

The Australian, who was constantly complaining to the umpire, then refused to continue playing, sitting in his chair until the supervisor came out and convinced him to finish the match.

Kyrgios then just went through the motions on court as Murray took complete command to secure a 7-6 (7/5), 6-2 victory in 93 minutes.

Murray told broadcaster Servus TV: "It wasn't fun in the end. The second set wasn't a proper match. The end of the first set was deciding."

"Nick has the potential to be one of the best players in the world, there's absolutely no question about that. But yeah, he obviously got very frustrated in the second set and made it a lot easier for me."

Murray, who had ousted top seed Stefanos Tsitsipas the previous day, reached his 70th career final and the 10th on grass, six years after last playing a decider on the surface when he beat Novak Djokovic for his second Wimbledon title in 2016.

On Sunday, he will bid for his first title since Antwerp in 2019 when he plays Matteo Berrettini.