The PSG striker now has 64 goals, two more than Ronaldo and 13 behind Pele, who heads the list with 77 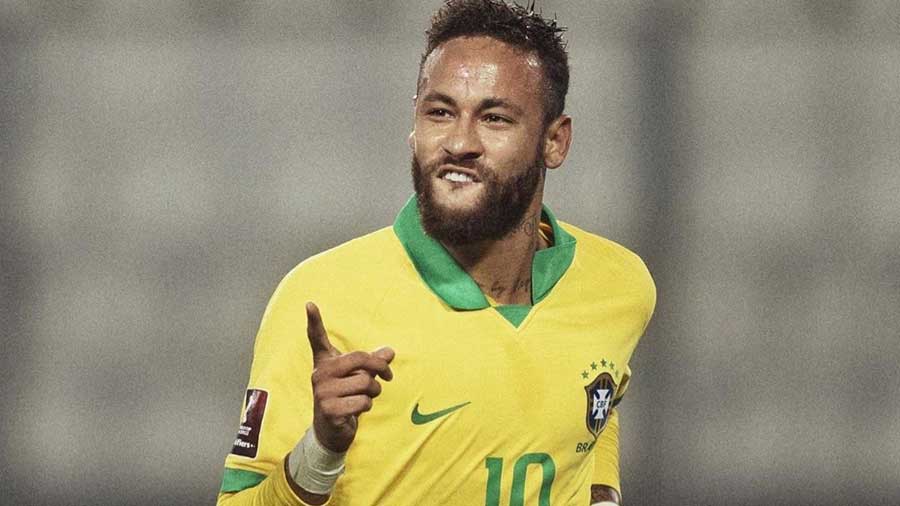 A Neymar hat-trick helped Brazil to a 4-2 win over hosts Peru and a share of the lead with Argentina in South American World Cup qualifying.

Neymar scored twice from the spot and once in added time to lead Brazil, who twice rallied from behind in Lima on Tuesday.

Neymar in the process overtook Ronaldo and moved into second place behind Pele on Brazil’s all-time goal-scoring list. The PSG striker now has 64 goals, two more than Ronaldo and 13 behind Pele, who heads the list with 77, according to the count by world governing body Fifa.

Lionel Messi’s Argentina topped Bolivia 2-1, scoring their first win in the altitude of La Paz since 2005, to also make it two victories from two starts in the round-robin group stage.

Brazil lead the standings with a superior goal difference after thrashing Bolivia 5-0 in Sao Paulo last week in their opening game.

Also on Tuesday, Colombia were held to 2-2 draw at Chile, Uruguay lost 4-2 at Ecuador and Paraguay beat Venezuela 1-0 away with a goal by Gaston Gimenez in the 85th minute.