Need things to go our way: Brendon McCullum on IPL

With just two wins from seven matches, KKR are seventh on the table of eight and will need to win at least six of their remaining seven games to be in contention of a playoffs berth 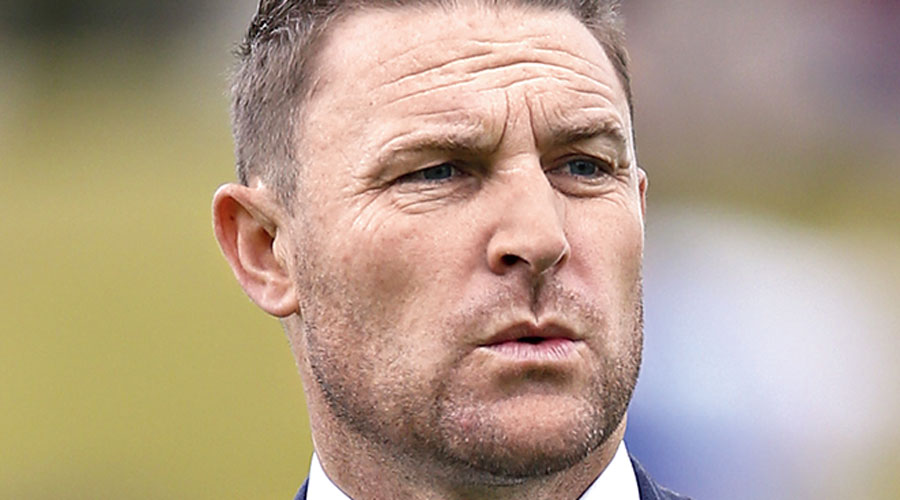 Kolkata Knight Riders head coach Brendon McCullum is hopeful of putting up a strong performance when the IPL resumes in the UAE on September 19.

With just two wins from seven matches, KKR are seventh on the table of eight and will need to win at least six of their remaining seven games to be in contention of a playoffs berth.

“In regards to the tournament which is upcoming, we can end it right. We can take the game on and we’re in a situation where we need things to go our way,” McCullum was quoted as saying by the KKR website.

“We need to hit the ground running, challenge one another privately, support one another publicly and try and get the best out of one another in the next 4-5 weeks. Who knows where we can go with this.”

McCullum attributed the poor start to the players “being paralysed a little bit by fear” at times. It was KKR spinner Varun Chakravarthy and seamer Sandeep Warrier, who first tested positive for Covid-19 in early May along with a few others in different franchises, which led to the IPL being eventually postponed.

“There were sometimes throughout the season when I just felt we were being paralysed a little bit by fear,” he said. “I wasn’t able to free the guys up enough to understand that and that’s sort of a challenge for me. But it is also a good challenge for the guys as well that they need to push the envelope of their own thinking as well.”

The Knight Riders began their campaign with a 10-run win over Sunrisers Hyderabad, but then lost four games in a row before bouncing back with a dominant five-wicket win over Punjab Kings, before losing one more, to Delhi Capitals.

“Hopefully we will be able to strip away a bit of the angst which had built up in the first part of the season, just go out there and try and enjoy ourselves. That’s the ambition that I have got for the franchise and hence why I am unapologetic and unrelenting in my belief that we need to play a braver style of play.”

For McCullum, the focus is on the bigger picture. “When we left India (in May), I think everyone understood me as a coach on how I want our team to play,” McCullum said. “I am unapologetic about that as well because my job is to try and build something at KKR that is going to last far longer than I am going to last for the franchise.”

KKR will open their campaign against Royal Challengers Bangalore on September 20 in Abu Dhabi.

Nitish Rana and Shubman Gill, regulars at the top of the order, haven't been able to get going while With the ball, Varun Chakravarthy and Pat Cummins have been the star performers. The rest of the bowlers haven’t been encouraging.

Cummins though has made himself unavailable for the remaining matches in the UAE. KKR have roped in senior New Zealand seamer Tim Southee as a replacement for the Australian.

Southee is the third-highest wicket-taker in T20I cricket, with 99 strikes in 83 games at an economy rate of 8.39, but his New Zealand teammate Lockie Ferguson could potentially be the frontrunner to replace Cummins in the KKR XI if he regains fitness.