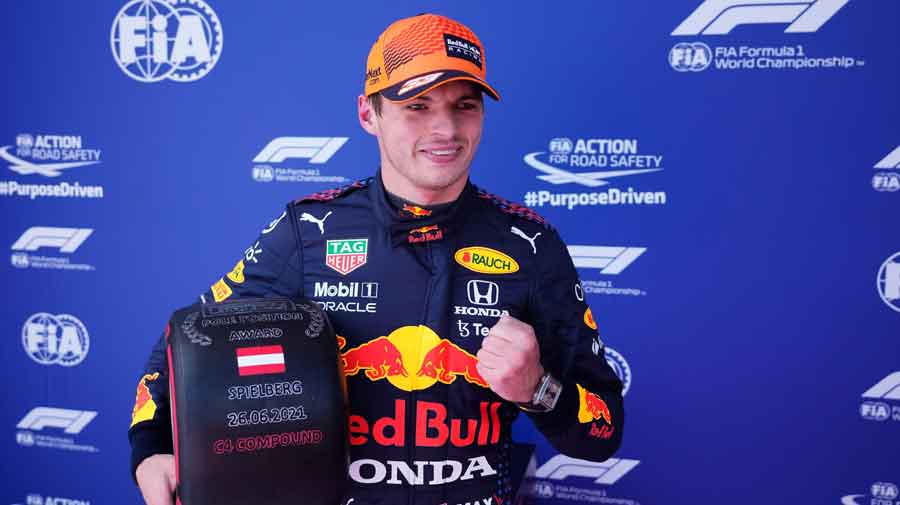 Red Bull’s Max Verstappen won the Styrian Grand Prix by a massive margin on Sunday to power 18 points clear of Lewis Hamilton in the Formula One championship battle.

The Briton was 35.743 seconds behind at the chequered flag after a late stop for fresh tyres to bag a bonus point for fastest lap.

“Unbelievable. The car was on fire today,” said Verstappen over the team radio after the 23-year-old Dutch driver’s fourth win in eight races this season, second in a row and 14th of his career.

“You never know how it’s going to end up but straight away I felt a good balance in the car,” he added after stepping out of the car.

Valtteri Bottas was third for Mercedes, just holding off Verstappen’s Mexican team mate Sergio Perez, who had fresher tyres, by a mere 0.527.

Everybody else was lapped by Verstappen, who started on pole and has now won more races than anyone else this year as Red Bull emerge as the biggest threat to Mercedes since the start of the V6 turbo hybrid era in 2014.