Mariyappan cleared 1.86m while the American gold winner Sam Grewe succeeded in soaring above 1.88m in his third attempt 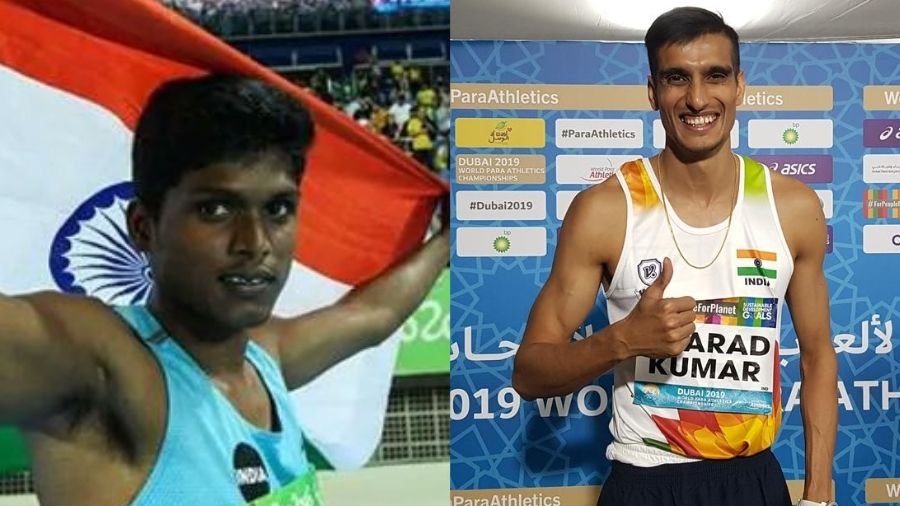 While Mariyappan cleared 1.86m, American gold winner Sam Grewe succeeded in soaring above 1.88m in his third attempt. Sharad took the bronze with an effort of 1.83.

“I could have won gold and claimed the world record. I came here with that aim. But the rain played spoilsport. It was a drizzle initially but after the 1.80m mark, it became heavy. The sock on my other leg (the impaired right leg) got wet and it was difficult to jump,” Mariyappan said after the event.

“In Rio, the weather was great and I won gold. I will try for gold and the world record in Paris 2024,” he added.

His coach Satyanarayana, who spotted him in 2015 and moulded him as a Paralympics champion, said Mariyappan was clearing 1.90m easily during training and even touched 1.99m at the Para Nationals.

“The weather was the reason why he failed to clear 1.88m. It is three years from now (for 2024 Paris Olympics). He will win gold there,” said Satyanarayana, who is also the national Para Athletics chairman and national coach.

The third Indian in the fray and 2016 Rio Paralympics bronze winner Varun Singh Bhati ended seventh out of nine competitors after he failed to clear the 1.77m mark.

Sharad revealed he was considering pulling out of the competition due to a leg injury. “I had an injury on my leg, meniscus dislocated (a type of knee injury) yesterday (Monday). I thought of pulling out today but spoke to my family back home. They said just go ahead. They told me to focus on what I can do and not on what I have no control over,” he said.

The T42 classification is for athletes with a leg deficiency, leg length difference, impaired muscle power or impaired passive range of movement in the legs. The athletes compete in a standing position.

The Indians stayed inside the top three for most of the competition and Mariyappan was in contention for a gold as well.

Athletics has once again been the country’s happy hunting ground in Tokyo with one gold, four silver and two bronze medals bagged so far and some more expected before the Games wind up on Sunday.

The 26-year-old Mariyappan was touted as a sure shot medal for India after rising to fame with his gold at the Rio Games five years ago. The Tamil Nadu athlete suffered permanent disability in his right leg after it was crushed under a bus when he was only 5. The doctors had recommended amputation of his leg but his mother had decided against it.

Mariyappan had been training at the Sports Authority of India centre in Bangalore under coach Satyanarayana prior to the Paralympics.

Sharad suffered a paralysis in his left leg as a two-year-old after being administered a spurious polio vaccine. He was training in Ukraine for over two years prior to the Games under coach Nikitin Yevhen.

The gold medal in track and field came from javelin thrower Sumit Antil on Monday.