Before leaving Spurs, Pochettino had been linked with Manchester United, as well as Real Madrid 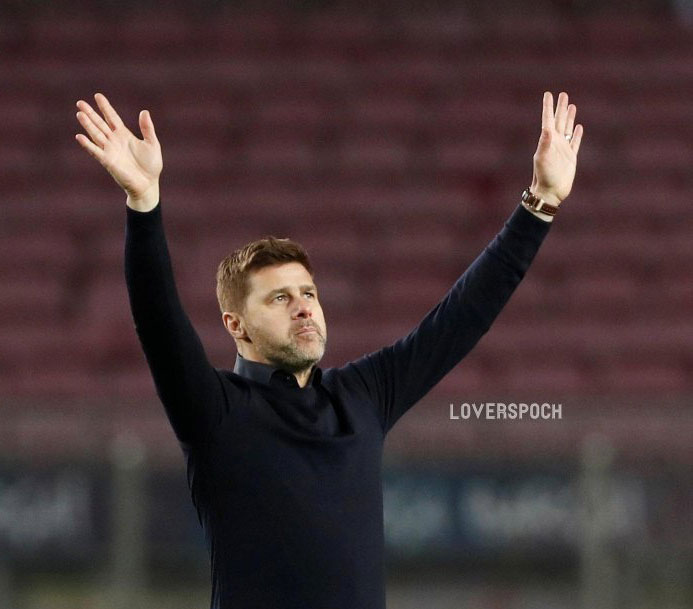 Mauricio Pochettino, who was sacked by Tottenham Hotspur in November last year, would relish another opportunity to manage in the Premier League.

Pochettino, who took over at White Hart Lane in May 2014 after leaving Southampton, guided the club to the Champions League final last season. However, following a run of inconsistent form which saw them drop out of contention for the top four, the Argentinian was sacked and swiftly replaced by José Mourinho.

Before leaving Spurs, the 47-year-old had been linked with Manchester United, as well as Real Madrid.

Speaking to Sky Sports’ In The Pink podcast, Pochettino revealed that he would be tempted by another job in the English top flight if the right opportunity presented itself.

“To be honest, I would love to work in the Premier League,” he said. “It’s going to be difficult, I know, and for now it’s a moment to wait and we’ll see what happens. It’s a moment of recovery, to think about yourself a little bit, and to be ready because in football always something can happen and you need to be ready.

“I’m ready for a new challenge. I have the belief and confidence that the next challenge will be fantastic.”

Pochettino maintained there was nothing more than “rumours” at the moment.

However, the buzz over the Argentine’s return to Premier League gained momentum when he was spotted alongside Manchester United’s new PR adviser Neil Ashton during Tuesday’s English First Division match between Brentford and Leeds United. The Argentine has been heavily linked with replacing Ole Gunnar Solskjaer at Old Trafford.

And the pictures of the pair together, as well as television footage, sparked wild speculation on social media. According to British tabloid The Sun, Ashton was at the game as a guest of Brentford and not in a professional capacity.

Coming back to Pochettino’s interview, he said he remains “very proud about everything I achieved” at Spurs having been manager “at a pivotal moment for the club” before their stadium development.

“Everything I had to do was very scary in those moments,” he said. “To destroy White Hart Lane and to build a new stadium, to play at Wembley and Milton Keynes, only football people know how difficult it was to deal with these situations.

“To apply a new philosophy and new ideas was very tough but I feel very proud with the success we had and to take Tottenham to a different level. To play in the Champions League for three or four years and finish above Arsenal many times was a great legacy for us.

“To win a title would be a great reward but for us that is the legacy, to have the club and the stadium at Tottenham. That is more than winning titles.”