The victory, Barca’s first in their last four games in all competitions, moved the Catalans up to fifth in the table with 12 points from six games 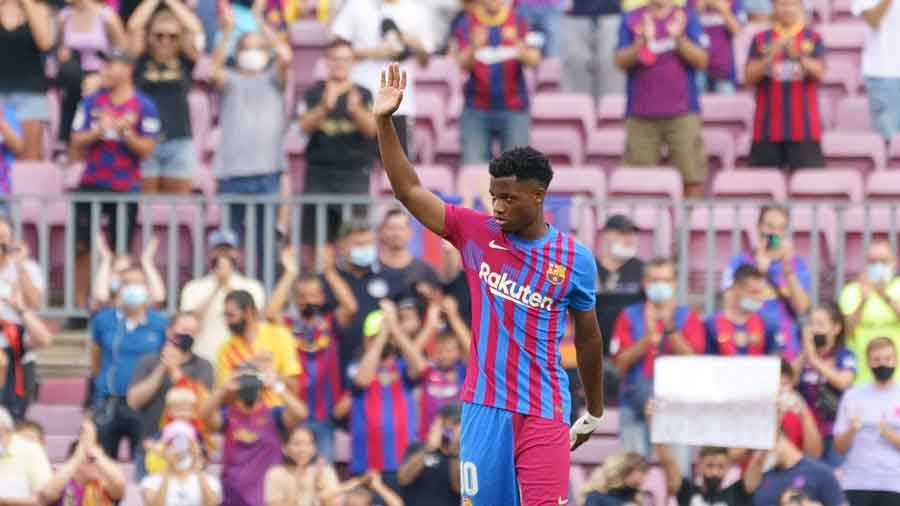 The victory, Barca’s first in their last four games in all competitions, moved the Catalans up to fifth in the table with 12 points from six games, five behind league leaders Real Madrid, who have played one more.

The 18-year-old Fati, who came on as an 81st-minute substitute before scoring Barca’s third goal, was making his first appearance since suffering a serious knee injury last November.
“I couldn’t have imagined a comeback like this,” Fati said.

Having been held to frustrating draws by lowly opposition in their last two league games, Barca were quick out of the blocks and went ahead after six minutes as Depay converted a penalty.

They doubled their advantage just before the quarter-hour as De Jong latched on to a Sergino Dest through ball before finishing past Aitor Fernandez in the visitors’ goal.

Levante rarely looked like troubling Ronald Koeman’s side, who are low on confidence, and they were indebted to Fernandez, who made a couple of smart stops to keep the scoreline respectable as a dominant Barca pushed on in search a third.

It finally came in the 91st minute as Fati capped his comeback appearance with a wonderful strike from distance.

Real Madrid missed the chance to go five points clear at the top as they were held 0-0 by Villarreal at the Bernabeu on Saturday.

The result means Carlo Ancelotti’s side move onto 17 points, three above city rivals Atletico Madrid, who lost 1-0 away to Alaves.

Villarreal, meanwhile, remain unbeaten but have won just one of their six matches this term — four of which they have drawn 0-0.

“It’s a bittersweet point because it’s at home against a direct rival and you want to take the three points in these games; just one isn’t what we wanted,” Madrid goalkeeper Thibaut Courtois said.

“Keeping a clean sheet is good given we’ve conceded in our last few games, though.”