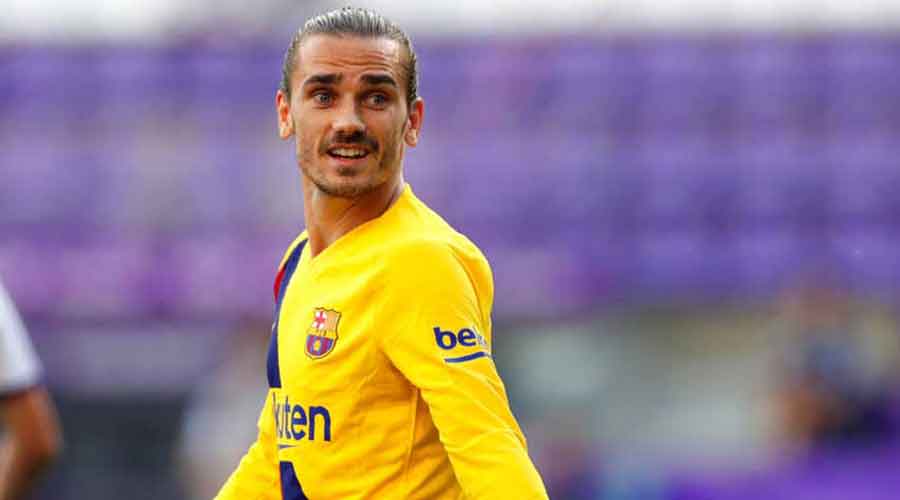 Valencia were trailing 3-1 when seven minutes of time were added on but Hugo Duro scored twice in the final stretch of the game to salvage a point, to the delight of their raucous home fans.

Luis Suarez had put Atletico in front in the 35th minute but Valencia levelled five minutes into the second half through an own goal from Stefan Savic.

Griezmann restored Atletico’s lead in the 58th with a superb shot into the top corner from outside the box following a marauding run from his own half in undoubtedly the Frenchman’s best moment of skill since returning to the club in September.

Sime Vrsaljko looked to have sealed the points with a scrappy goal from close range two minutes later that was initially ruled out and then awarded following a VAR review.

But Valencia came alive right at the end of the game, pulling themselves back into contention when substitute Duro slid in to meet a Jose Gaya cross and score in the first minute of stoppage time.

Duro then equalised in the fifth minute of added time with a towering header from a corner, deepening Atletico’s problems after they were easily beaten 2-0 at Liverpool on Wednesday to leave their hopes of reaching the Champions League knockout stage hanging by a thread.

Atletico would have gone up to second in the standings with a win but instead are fourth on 23 points, four behind leaders Real Madrid after 12 games. Valencia moved up to 10th on 17 points.

Toni Kroos and Karim Benzema fired Real to a 2-1 win at home to Rayo Vallecano on Saturday although Carlo Ancelotti’s side had to face down a late onslaught from their neighbours following Radamel Falcao’s second-half strike. Real had drawn their last two league games at the Santiago Bernabeu 0-0 but got off to a strong start when Toni Kroos drilled a shot into the top corner in the 14th minute after Marco Asensio had cut into the area from the right wing.

Their top scorer Benzema doubled their lead in the 38th by knocking in a defence splitting pass from defender David Alaba. Real looked to be cruising their way to victory until Falcao came off the bench in the second half and soon scored a header, with the help of a deflection off Alaba, to put Rayo back in contention in the 76th minute.

It was the 35-year-old’s fifth goal of the season since joining Rayo from Galatasaray in September and the Colombian is enjoying an unexpected renaissance with the Madrid minnows, including scoring the winning goal against Barcelona last month.

The goal awakened the visitors and struck fear into the hosts as Rayo had two late chances to grab an equaliser.

Ancelotti felt his side were worthy of the win despite their nervy ending to the game.

Barcelona midfielder Frenkie de Jong was fiercely critical of his side as they let slip a three-goal lead from the first half to draw 3-3 away to Celta Vigo.

“I think in the second half we forgot to play, we were very passive and we lacked character,” De Jong told reporters.

“The result is a very big blow to us.”

New coach Xavi Hernandez has two weeks to prepare for his first game in charge against city rivals Espanyol.

“We’ll have to see how it goes, the fans are very excited about it and the players are going to work very hard,” added De Jong.