According to the BCCI’s guidelines, all players, support staff and management entering the bio-secure bubble need to undergo a seven-day quarantine in their hotel rooms 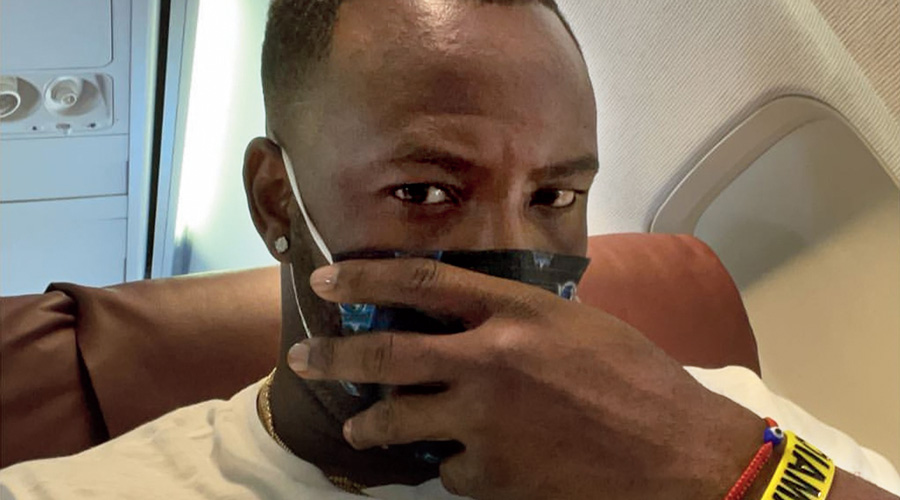 Another edition of the IPL is just days away and the teams have already begun warming up for the event. Kolkata Knight Riders too have gone into preparation mode as their players from around the globe have started assembling in Mumbai.

“IT'S QUARANTIME and the #Knights are checking in for the season,” screamed the Knight Riders’ official Twitter handle on Monday.

According to the BCCI’s guidelines, all players, support staff and management entering the bio-secure bubble need to undergo a seven-day quarantine in their hotel rooms. Every individual will be tested multiple times during this period, and upon returning the necessary negative results, will be allowed to come out of their rooms and commence outdoor training and practice.

Among their overseas recruits, Caribbean stars Sunil Narine and Andre Russell are expected to join soon. In fact, the Knight Riders posted a picture on their Instagram and Twitter accounts which showed Russell on board a flight and the caption said he was on his way to India.

The arrival details of the rest of the players were yet to be finalised, the franchise said.

The testing will continue throughout the tournament, similar to how it was conducted last season in the UAE.

For those players involved in the upcoming India-England ODI series, the BCCI has made a provision allowing them a bubble-to-bubble transfer without having to serve a quarantine again.

Eoin Morgan, Shubman Gill, Kuldeep Yadav and Prasidh Krishna are the KKR players who are supposed to make the bubble-to-bubble transfer.

After the conclusion of the India vs England series on Sunday, the players will be moved directly to the team hotel, either in the team bus or by chartered flight.

“If the travel arrangements are to the satisfaction of the BCCI Chief Medical Officer then such players will directly enter the franchise team bubble without the need to serve a quarantine period or undergo an RT-PCR test,” says the BCCI guidelines.

Knight Riders’ first match of the season is against Sunrisers Hyderabad and is scheduled on April 11 in Chennai.