Only 49.3 overs were possible on the third day and India will have enough time to force a result considering England's vulnerable batting and bowlers’ ability to exploit the conditions 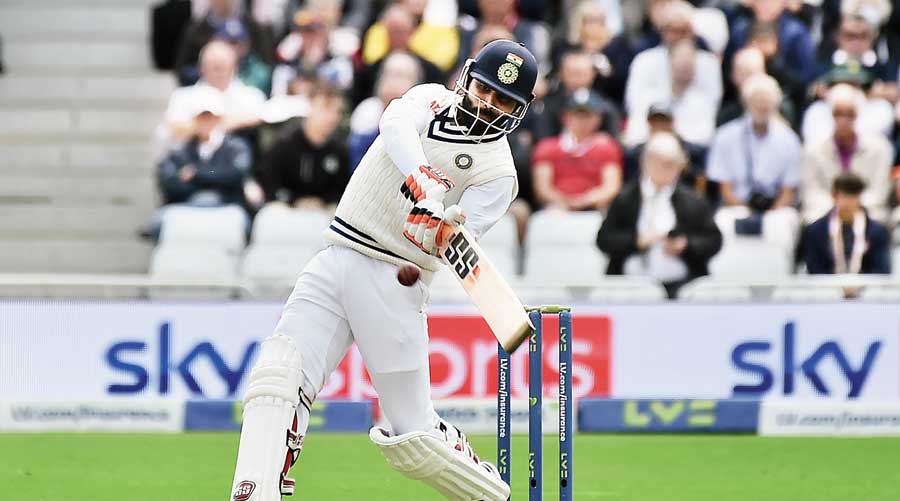 Spending the last two years in oblivion from Test cricket, mainly because of his inability to inspire confidence in the team management, was frustrating for KL Rahul. A consistent run in the ODIs and T20Is did nothing to guarantee him a berth in the game’s traditional format.

His tentative approach outside the off stump was blamed for his lack of success on pitches in Australia and England. In the lead-up to the Test at Trent Bridge, Rahul was considered in the middle order after his century in the warm-up game against a Combined County XI.

It was only after Mayank Agarwal was concussed during practice two days before the first Test that Rahul came into the reckoning as Rohit Sharma’s opening partner. Having played 34 of his 36 previous Tests as an opener, he fitted into the role with ease.

Rahul’s 84 off 214 balls was proof that he had worked on his skills behind the scenes.  His driving was a delight as evident during the 12 boundaries, and his footwork nimble and decisive. Having set the pace in the series, he will provide the assurance the think-tank has been hoping for in alien conditions.

He stood out like a rock, given the fragile nature of India’s top order, with considerable support from Ravindra Jadeja (56). That India managed to take a 95-run lead in response to England’s 183 was mainly due to the pair’s diligent batting. When rain forced early stumps on Day III, England were 25 without loss in their second innings.

Rahul survived twice on 52 and 78, but those blemishes could hardly affect his determination and will power. James Anderson was the unlucky bowler on both occasions. More importantly, Rahul displayed the right technique and courage to counter the swing of Anderson and Ollie Robinson’s discipline.

When Anderson finally managed to dismiss Rahul, Jadeja decided to switch into T20 mode. He hoisted a remarkable six off Anderson, flicking high over fine leg.

Rishabh Pant provided ample entertainment in the morning, batting much like only he does. There were a few thick edges that raced to the boundary, including a top edge off a bouncer that flew over the slip cordon for a fortunate six when the ball could have landed anywhere.

England got some momentary respite when he chipped one to short extra cover.

Anderson (4/54) continued his dominant presence given his ability to swing the ball and keep the batsmen guessing. He often had to return exasperated with the ball passing the bat frequently without providing any breakthrough.

Robinson (5/85) was the most successful of the bowlers, a reward for his variety and consistency. As frustration grew once England found it tough to break the 33-run last wicket partnership between Jasprit Bumrah and Mohammed Siraj, Robinson indulged in an exchange of words in the middle, not all complimentary though.

Robinson had also been involved in a few verbal exchanges with Jadeja. When Jadeja’s heave landed in Stuart Broad’s hands in the deep, Robinson put his finger to his lips suggesting a stop to the chit-chat.

Bumrah of late has shown the promise of developing into an all-rounder. He showed the right intent and even hit Sam Curran for a stunning flat six.

With the pitch showing signs of drying out, the England openers have avoided any calamities so far, but when it’s overcast the Dukes ball will swing.

Only 49.3 overs were possible on the third day and India will have enough time to force a result in this Test considering the vulnerable England batting and their bowlers’ ability to exploit the conditions.